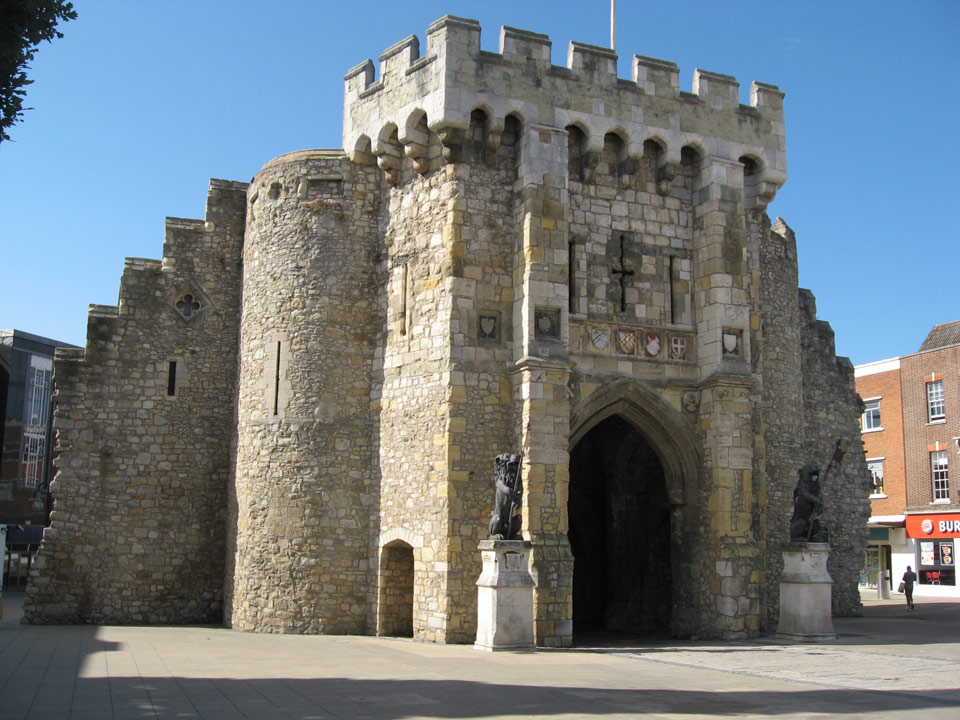 The Norman castle that was started by 1150 and was then built up as a shell keep on a large motte in the 12th & 14th centuries on the western side of the town has vanished apart from sections of its outer defences and a reduced mound. It was allowed to fall into ruin in the 17th century and its stone was used in the 19th century to build a mock Gothic castle, although this only stood for 17 years.

Half of the one mile long 14th century town walls remain, along with 13 of the original towers and bastions and five of the original 7 gateways. The main entrance to the town, the Bar Gate, which dates from the 12th century still stands as do the West Gate, East Gate, Water Gate, and God's House Gate.