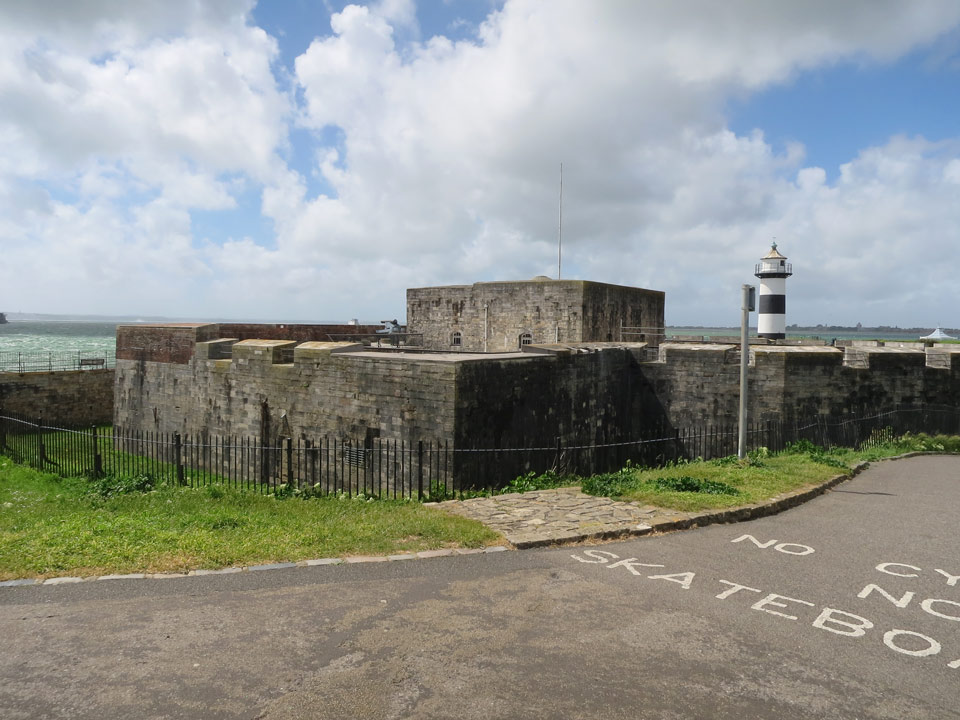 It was built in 1544 as a gun battery by King Henry VIII to protect Portsmouth and the Solent. It has a square keep within a square enclose that is set at 45 degrees to the keep and this is all surrounded by a deep, dry moat. During the Civil War in 1642, Parliamentarian soldiers climbed over the walls and captured the castle, using it as a prison. It was repaired and enlarged in 1814 when the keep roof was modified to take 4 guns on traversing platforms and a new entrance was built with a drawbridge. The defences were strengthened again in the 1860's by Lord Palmerston and the east and west ramparts were added for additional heavy guns.

It was sold to Portsmouth City Council in 1960 and after restoration to return it to its 19th century design it was opened to the public in 1967. The lighthouse which dates from 1820 is still in use. 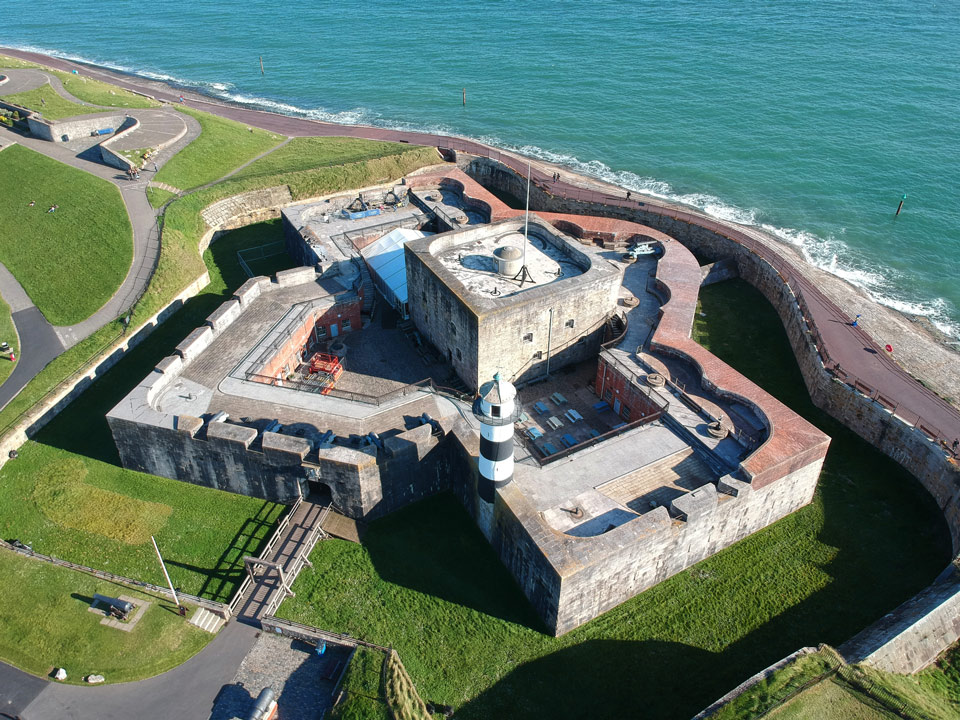 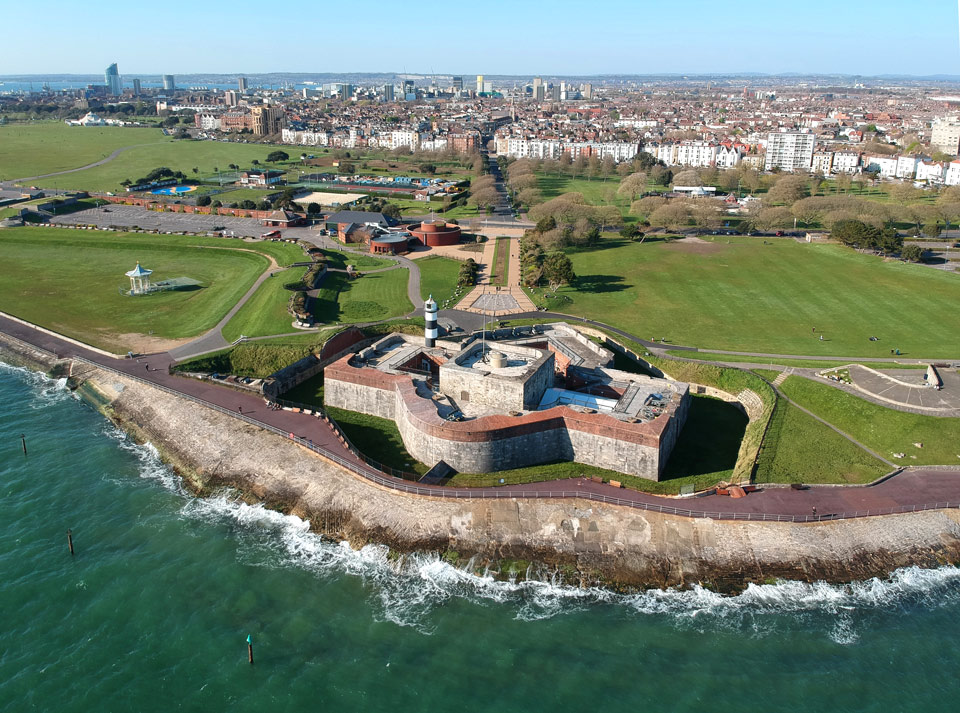