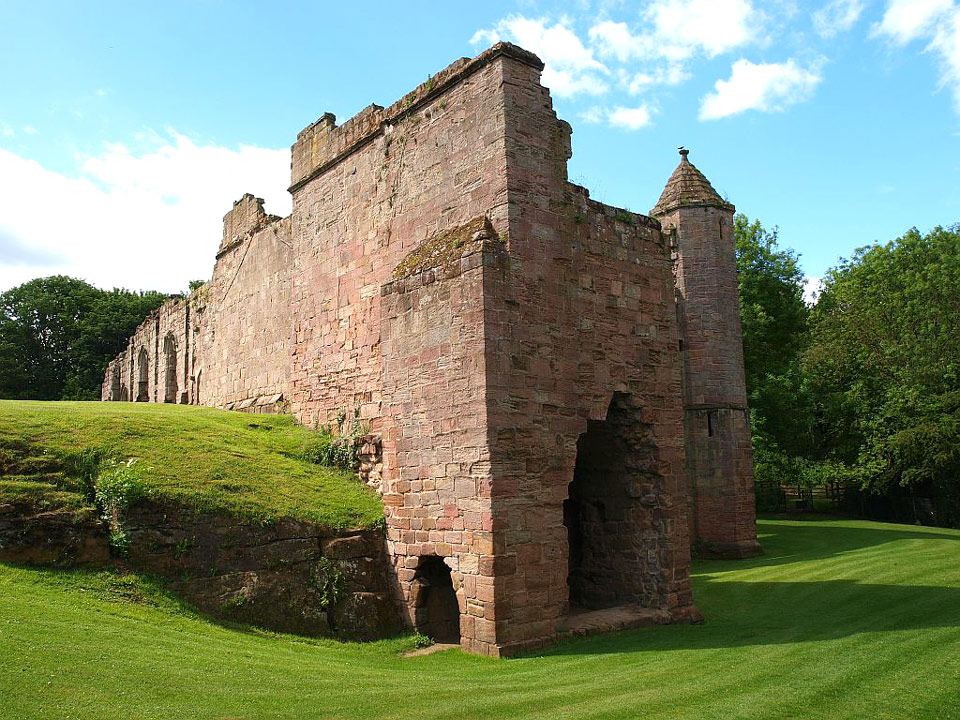 A 13th century manor house fortified in 1308 of which only a small part remains, including the Great Hall which uses a rocky outcrop as one of its walls. The curtain walls and gatehouse have vanished after it was allowed to decay in the 17th century.