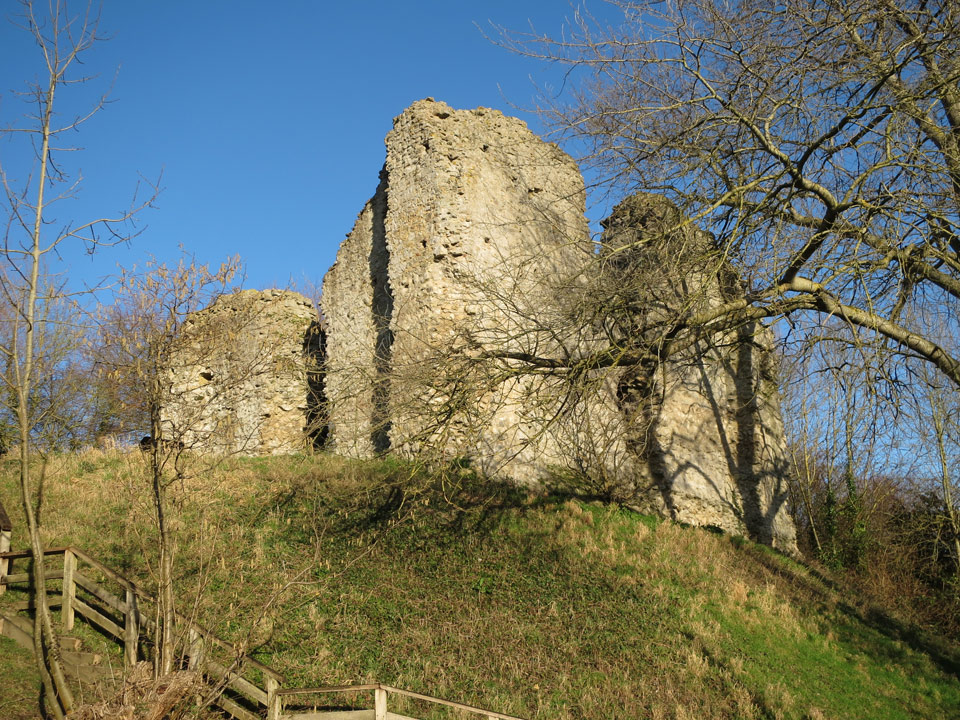 Only part of the mid 12th century square keep, originally 3 storeys high, remains overlooking the Weald. The curtain wall and outer towers have been completely demolished but the inner and outer baileys would have occupied the field and gardens to the north of the castle up as far as Tumblers Hill. It was probably in use only until the end of the 13th century. A circular tower and part of the curtain wall stood until the start of the 20th century.