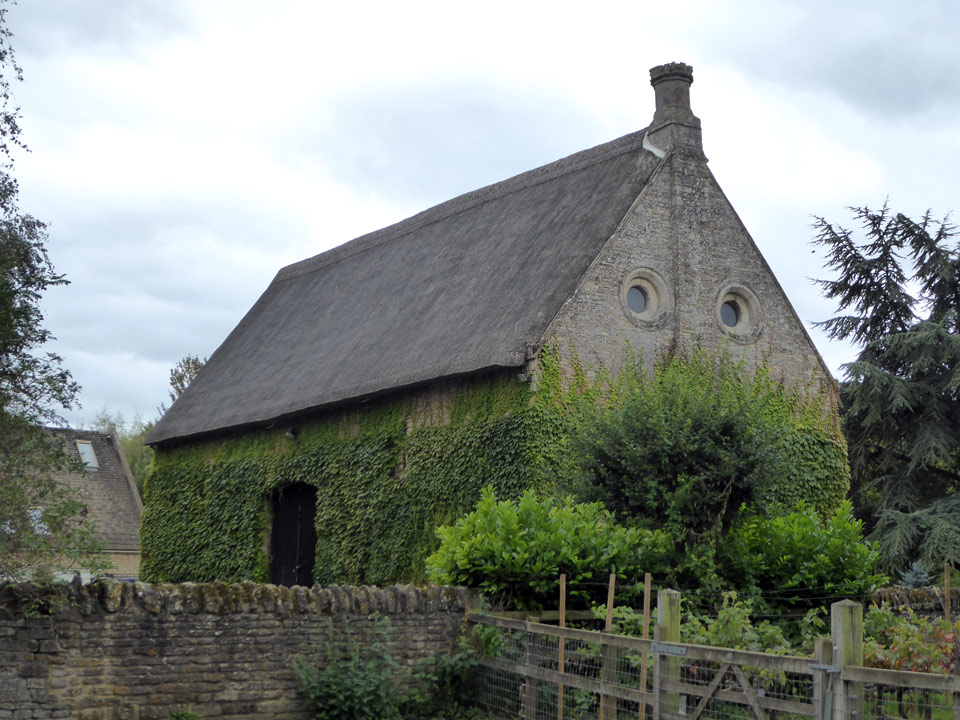 Near the river here are the remains of Thorpe Waterville Castle, a fortified manor house built by Walter de Langton, Bishop of Lichfield who held the manor from 1300 to 1307 and was granted a licence to crenellate in 1301. It was beseiged during the Wars of the Roses in 1461 and is thought to have been destroyed. In the mid 16th century the outer walls are recorded as being in ruins. Only a part of the building survives as a stone barn, measuring 70 by 26 feet whose upper floor has been removed.