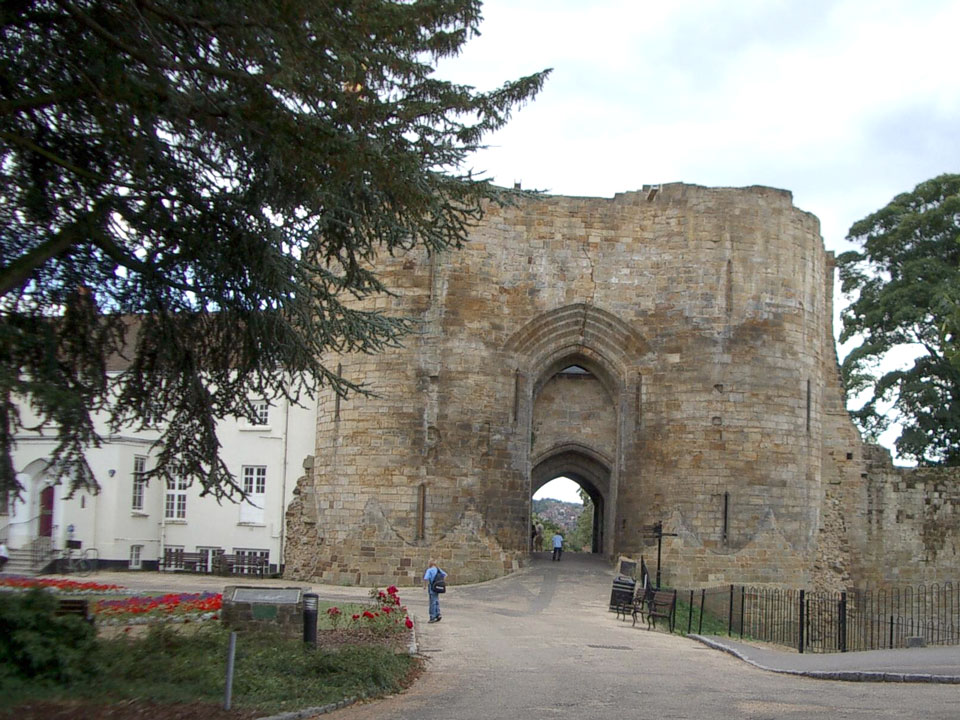 A late 11th century motte and bailey castle originally protected by the river and a moat. The original wooden keep was burnt down in 1088, and the base of a stone replacement can still be seen on top of the tall and very steep man-made motte. The walls and magnificent gatehouse were added in the 13th century. The defences were badly damaged after the Civil War and it was further demolished in the 1730's although the lower part of the southern walls are still visible along the river. The house adjoining the gatehouse was built with stone from the walls in 1793.