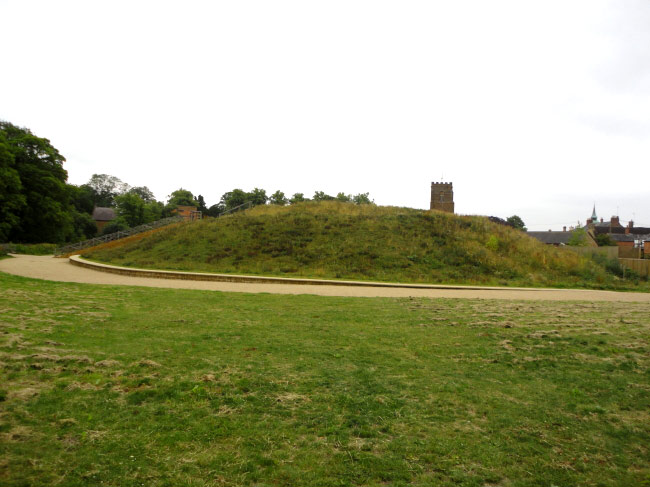 The motte probably dates from the end of the 11th century, on earlier earthworks built to protect against Danish invaders. It is 22 feet high and 100 feet wide and was originally surrounded by a ditch. The mound was later used as a gun platform in 1643 during the Civil War.