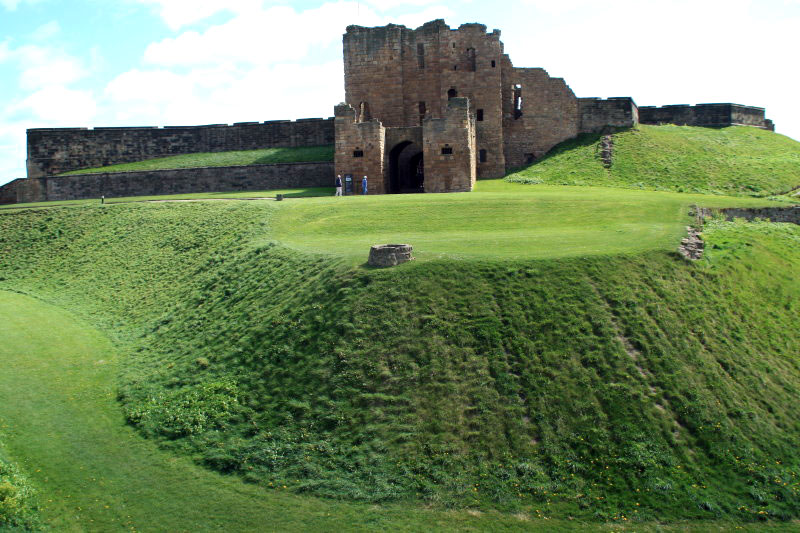 The site, on a cliff surrounded by the sea on three sides, was first used for a Saxon 7th century priory but it was repeatedly attacked by the Danes. In the 11th century a Benedictine priory was set up and in 1296 the monks were allowed to fortify the site to protect against the Scots. In 1539 when the priory was dissolved in the Reformation the site was kept as a Royal castle and it was manned until the 20th century. It was captured by Parliament in the Civil War after which much of the priory was demolished. The 15th century castle gatehouse and the extensive walls which are 3200 feet in length still stand. The castle was used during the 2nd World War as a coastal defence unit.