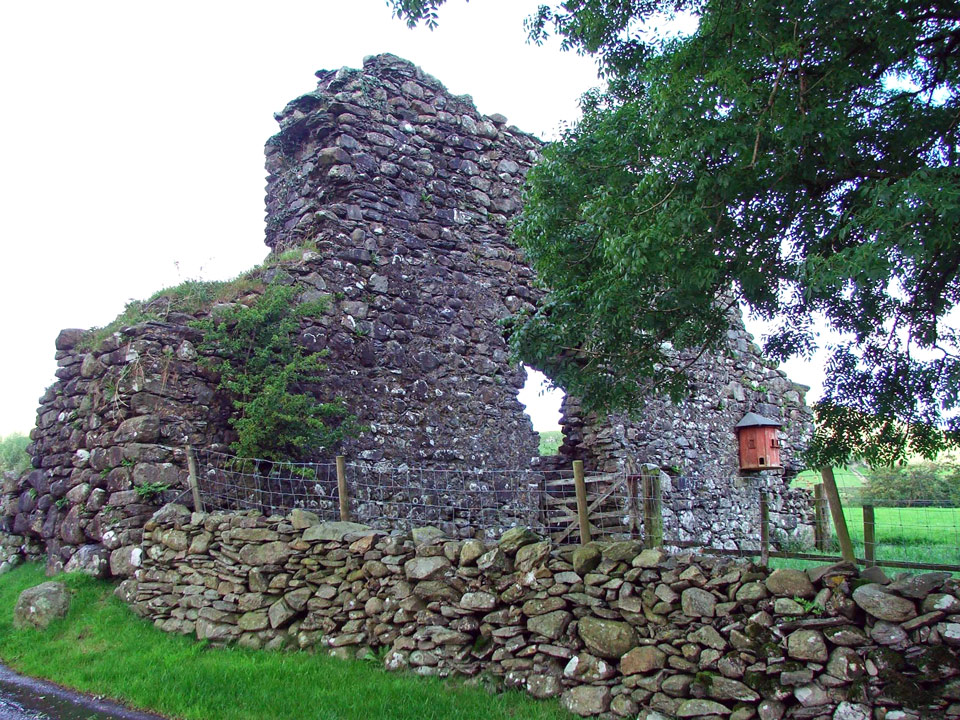 All that remains is the ground floor of the tower, which may have stood as high as three storeys, at the foot of the Dunnerdale fells. It is believed that the tower was built sometime between 1580 and 1620, much later than other pele towers nearby. Some portions of the wall are as thick as 5 feet although the majority of the surviving walls are around 4 feet thick. The tower has a few surviving looped windows.