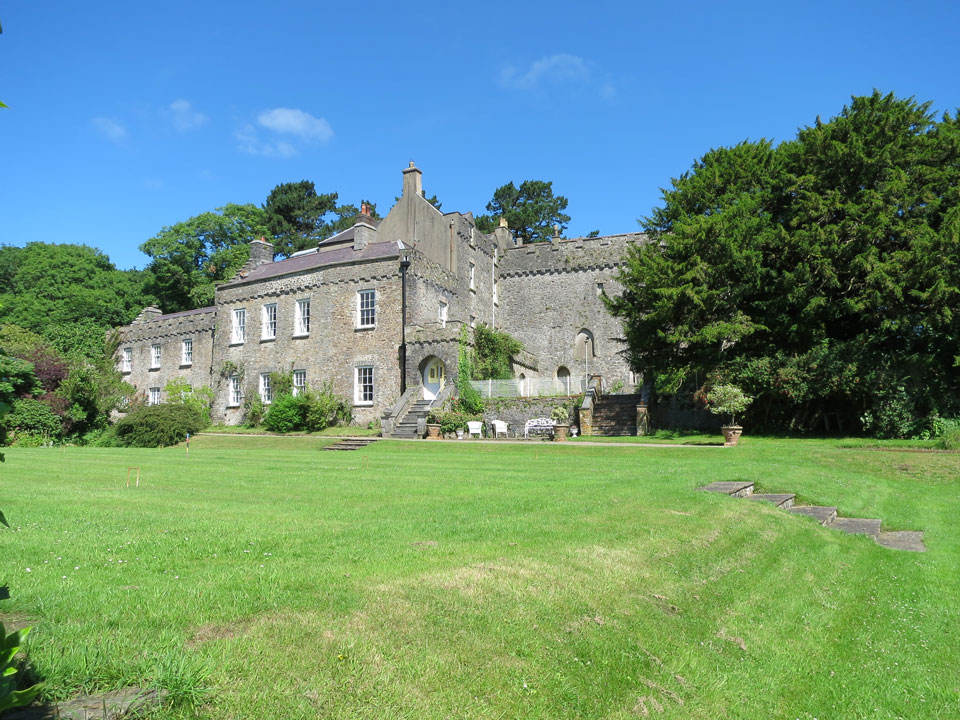 It is an extensively altered, late thirteenth century fortified manor house on a creek of the Carew River and thought to have been built by the Malefant family. Next to it is a mid 12th century chapel which contains three 14th century tomb effigies of Malefants. Three of the original semi-circular towers and the shell of the great hall remain, but the south side of the castle was greatly modernized in the 17th and 19th centuries. The castle is private apart from one Bed and Breakfast room and a holiday cottage in the grounds, but the surrounding 35 acre historic gardens and the chapel can be visited April - September.