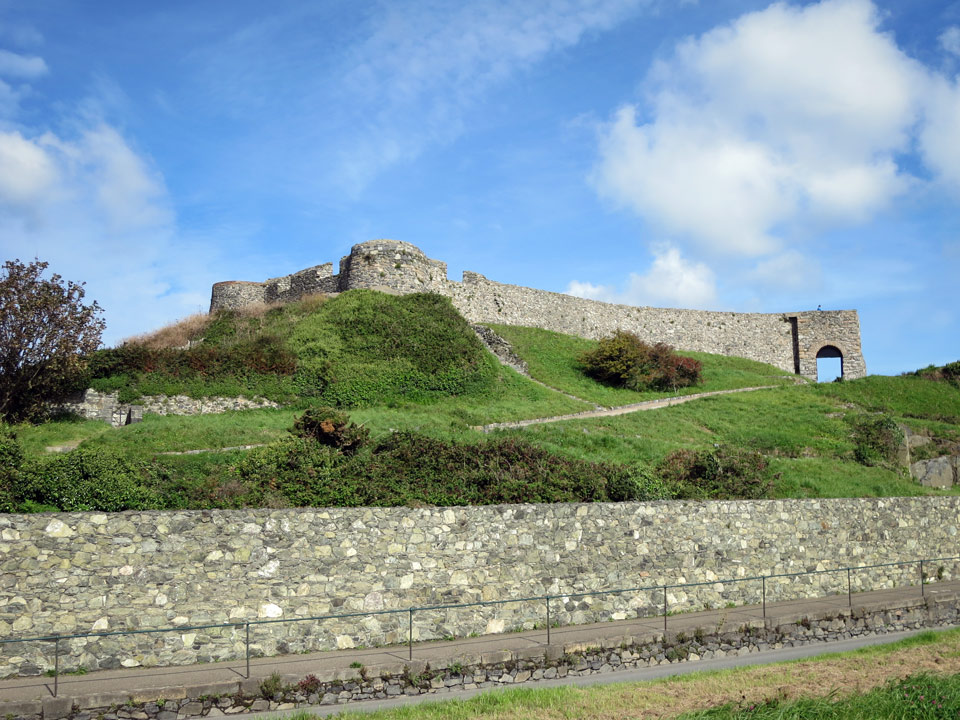 It sits on a hill on the east coast looking out over what was until the early 19th Century the separate island of Clos du Valle. An Iron Age fort was the first fortification on the hilltop and then the castle itself, originally known as Le Chateau St Michel, was built around 1370-1400. The entrance and gatehouse date from the 15th century and the stone walls in the early 16th century. By the beginning of the 18th century it was in a state of disrepair but the threat of invasion during the American War of Independence from 1778-1783 resulted in rebuilding with barracks and its arming with one 24pdr and two 9pdr cannon. German forces demolished the barracks during the Occupation from 1940-1945 and built concrete fortifications in and around the castle.