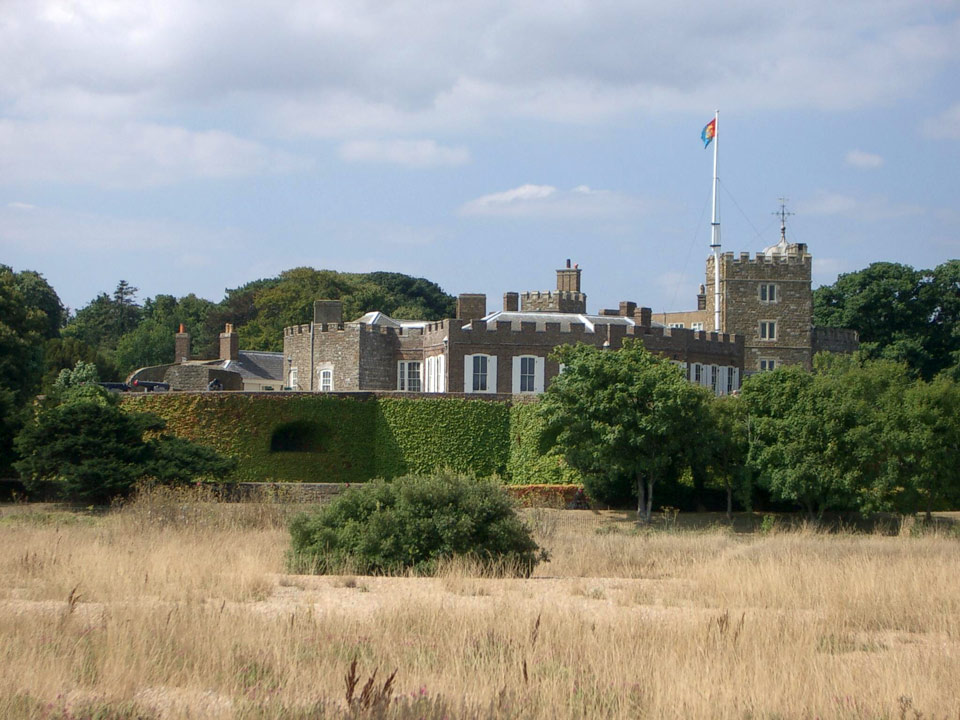 It was built by Henry VIII in the 1539 and is smaller in size than nearby Deal Castle. The central circular keep is 75 feet in diameter and is surrounded by only four bastions, each with 7 gun ports, and a deep dry moat. It was held by Parliament at the start of the Civil War, alomg with Sandown and Deal Castles, but after being taken for the King in 1648 it was besieged by the Parliamentary forces and forced to surrender after 3 weeks. It has been converted into a stately home which has been used since 1708 as the residence of the Lord Warden of the Cinque Ports, a position held by the Duke of Wellington, Winston Churchill and Queen Elizabeth the Queen Mother.

English Heritage, open all year (limited opening during winter months) except when the Lord Warden is in residence.

The 8 acres of award winning gardens started in 1802 by William Pitt, including the Glen, a planted former chalk quarry accessible for the first time in over 100 years.