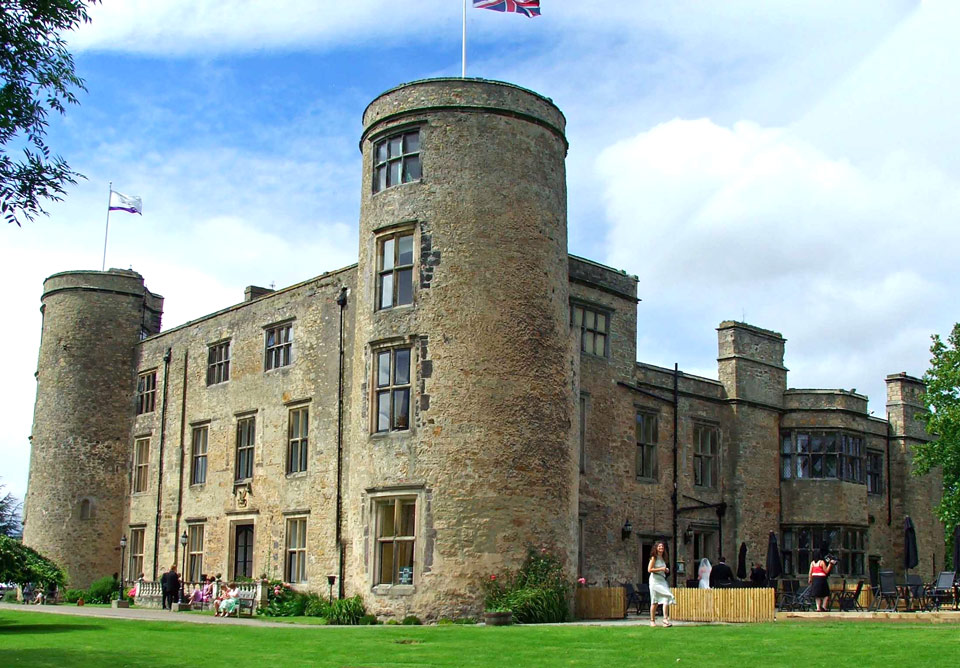 It was probably built around 1600 on the site of a much earlier structure, possibly dating from the 12th century. The building was originally a U shaped collection of buildings, with two angular towers at the south east and south west corners. The south west tower is the oldest part of the surviving structure and contains a number of bricked up loop holed windows. The courtyard is now completely encircled due to the building in the 19th century of a south facing wing, joining the two towers. The fortified manor has seen service as a country house, military headquarters, prisoner of war camp, girls school and now it is used as a hotel.