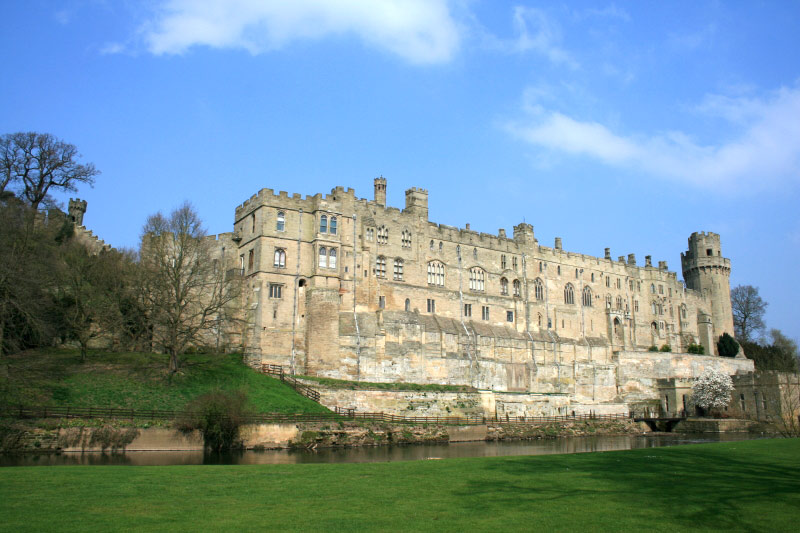 The castle started as a wooden motte & bailey castle built in 1068 on the site of Roman and Saxon forts beside the River Avon. It was rebuilt in stone in the 12th century, strengthened in 1260 and the 30 feet high towers and the Barbican were added in the 14th century making it one of the most impressive in the country. It has been kept in excellent repair, much of the accomodation having been rebuilt in the 17th to 19th centuries.

Open to the public all year.