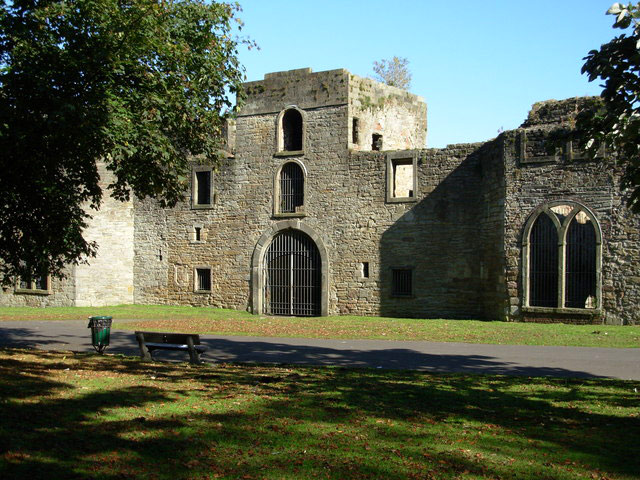 Curwen Hall, © H Stamper and licensed for reuse under cc-by-sa/2.0

It is also known as Curwen Hall. Construction of a three-storey stone tower began in 1362 and a licence to crenallate was granted in 1380 to the Curwen family who then lived here until the 20th century. By the end of the 14th century it had been extended into a fortified manor house, once one of the finest Manor houses in the region. In 1946 the hall was given to Workington Council who removed it roof in the 1970s after the site was vandalised.