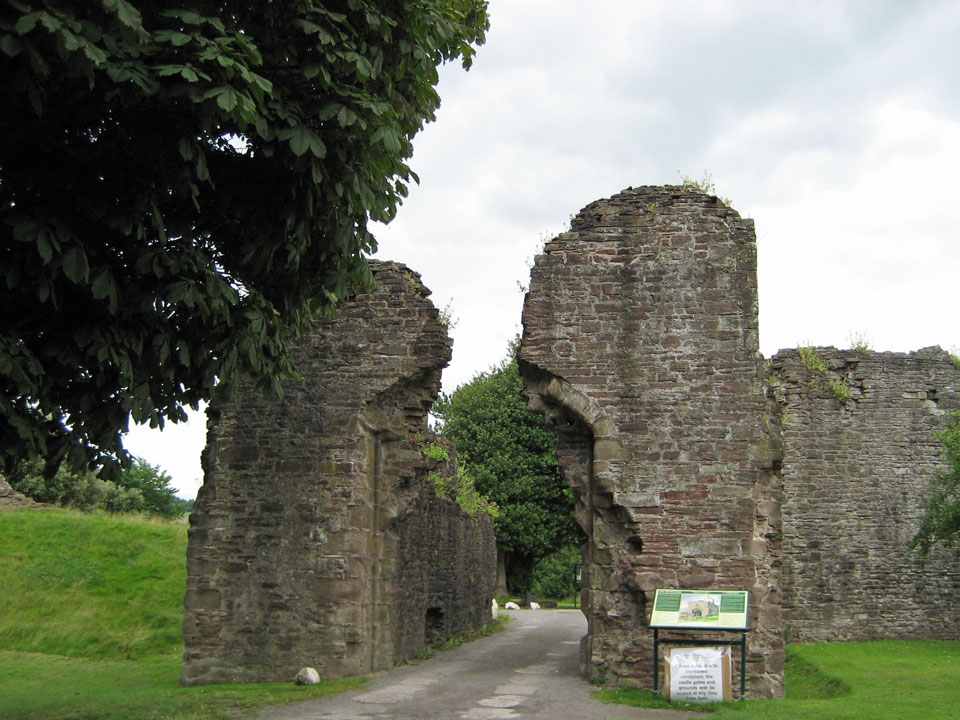 Originally a timber structure dating from 1087 - 1100 rebuilt in stone. It was destroyed in 1175 so the remaining structure is late 13th and early 14th century with a 15th century Gatehouse. The castle was in ruins by the time of the Civil War, but it was still decided that parts of the walls needed to be slighted to prevent its use. The "keep" on the motte is a 19th century addition and is now used a museum.