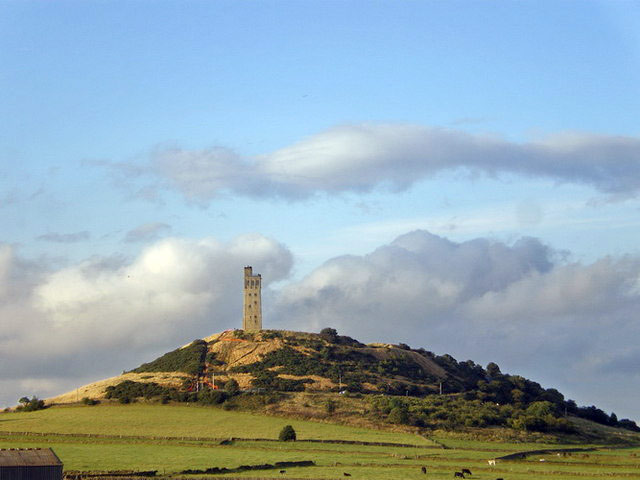 An early 12th Century motte and bailey castle constructed on the Iron Age hillfort on Castle Hill. A ditch 80 feet wide and 30 feet deep was cut across the top of the hilland the soil was used to build the motte. A licence to fortify was granted by King Stephen and the timber palisade around the motte was replaced by a stone wall. It was in ruins by the 16th Century. The Victoria Tower on the top of the hill was erected in 1899 in honour of Queen Victoria.