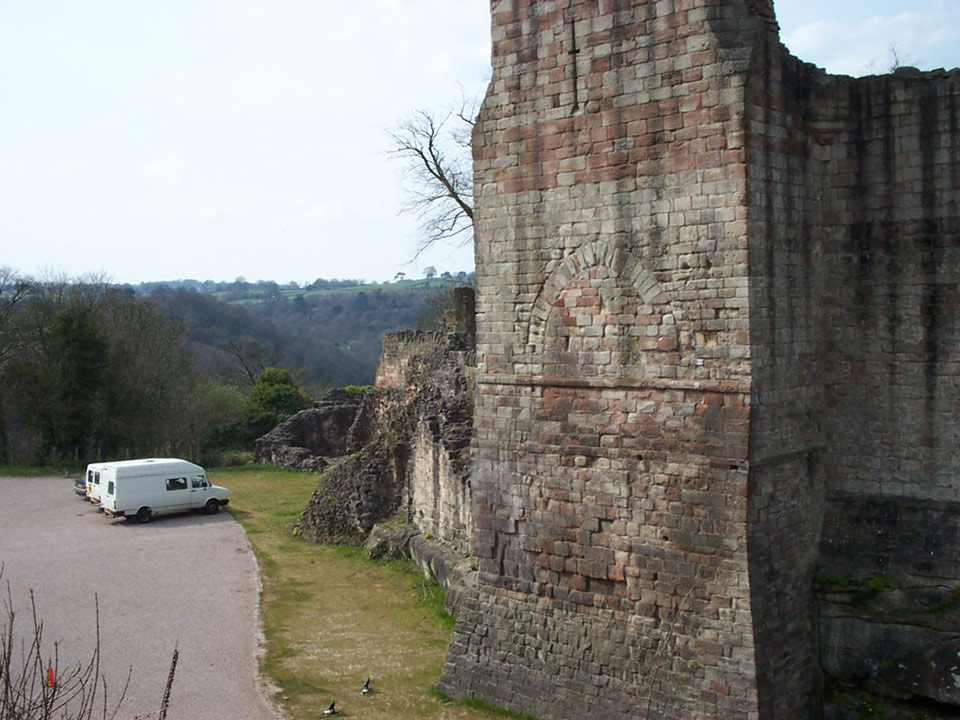 It was built in 1170 on a hill overlooking the Churnet Valley protected by a cliff and a rock-cut ditch and curtain wall. The remain of the walls and gatehouse are late 12th and early 13th century. The castle was slighted after the Civil War and a new residence, Alton Towers, was later built in the 18th century. In the 19th century a new mock castle was constructed next to the old castle.