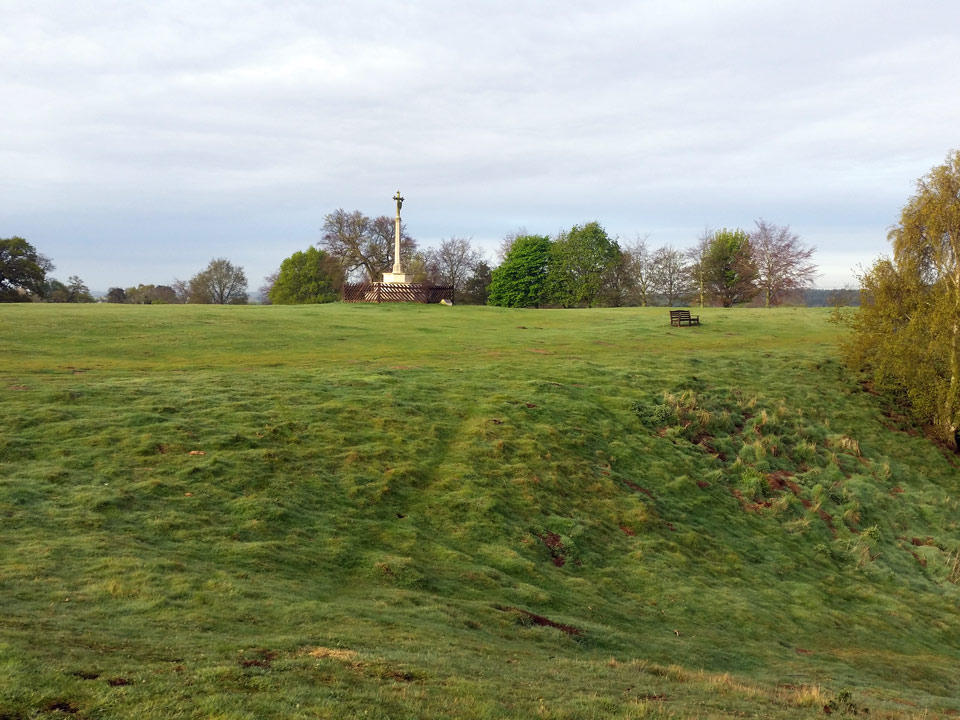 The castle in the grounds of Ampthill Park was constructed during the early 15th century by Sir John Cornwall and came into the hands of Henry VIII in 1524 and Catherine of Aragon who lived there during the divorce proceedings of 1533. The buildings had already fallen into decay by 1555 and demolition took place before 1649. Its site is marked by a cross which was erected in 1773. The site comprised four wings ranged about a rectangular inner court, with a gatehouse on the east wing, 11 towers and a great hall on the northside, with dimensions of about 200 by 170 feet. No remains other than the platform are visible.

Close by is a second cross built by the Duke of Bedford to commemorate the death of 700 soldiers in World War 1.