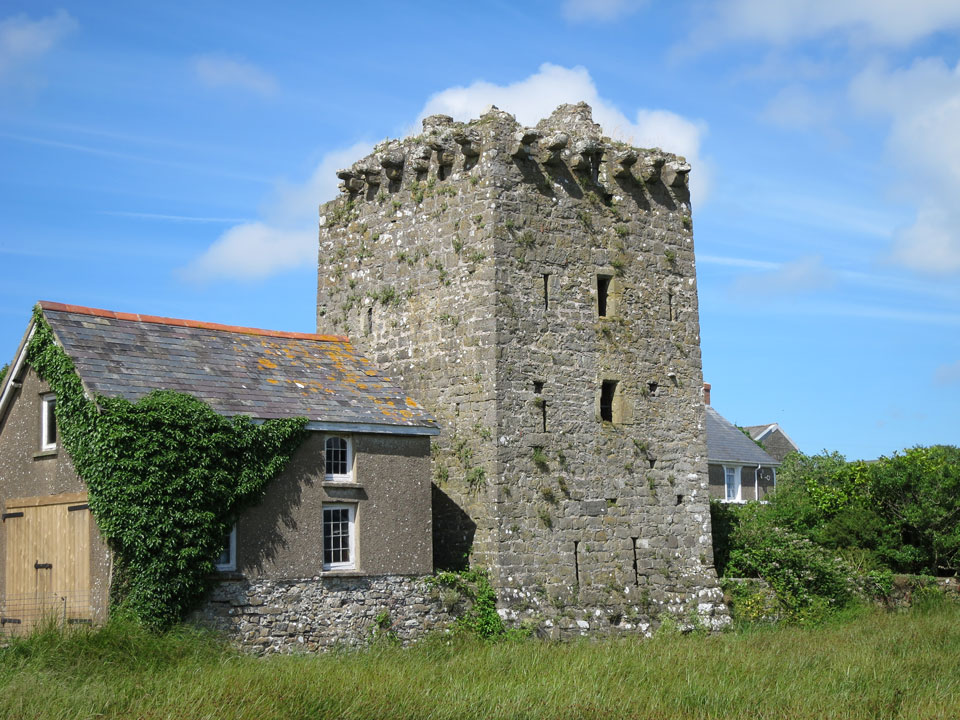 A late 14th century tower house, the only one in Wales. It is similar in design to those in Ireland and on the Scottish borders. It has three floors and would have had an entrance on the first floor with a drawbridge rather then the current doorway at ground level. Originally there were two towers surrounded on three sides by a moat and on the other side by the tidal creek. It is open to the public and you can climb up to the roof.

In the village there is a ruin with no public access known as Angle Castle. It is a late 15th or early 16th century two storey building reputedly used as a nunnery or almshouse, although it may have been originally been built as a fortified house.