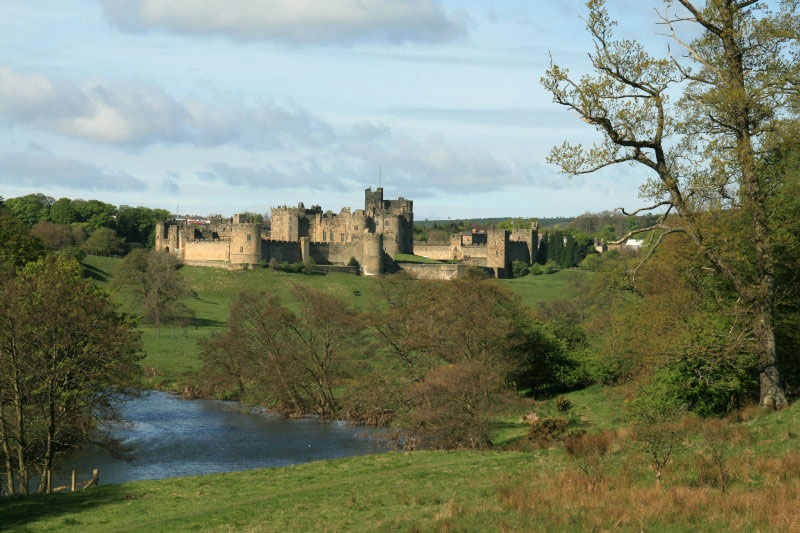 A late 11th century motte castle with a circular stone keep added in the early 12th century. A stone curtain wall was added in the 1130's. In the 14th century the keep was rebuilt with seven semicircular towers and the curtain wall was strengthened and powerful gatehouses added to the keep and outer wall. This made it one of the strongest castles in the country. It was Gothicised in 1755 but much of this was undone when the castle was restored to its original state in the 19th century.

The Bondgate is the only original gateway from the 4 gates that were originally built into the 15th century town wall. The Pottergate is an 18th century rebuild.