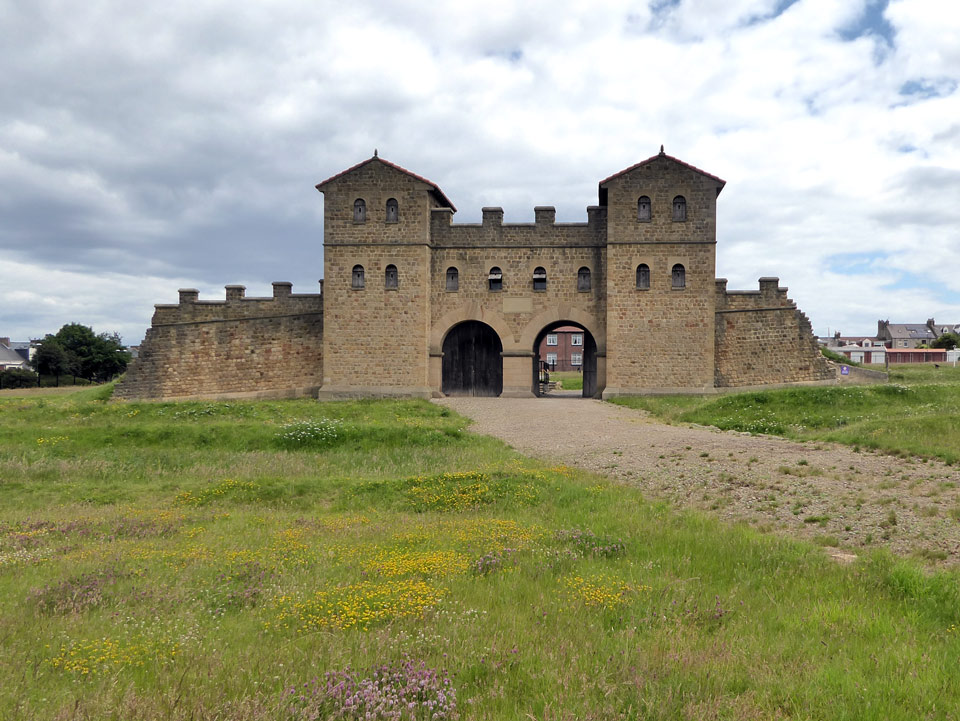 The fort stands on the Lawe Top, overlooking the River Tyne. Founded in 120 AD, the fort guarded the main sea route to Hadrian's Wall as well as being a key garrison and military supply base to other forts along the Wall. It contains the only permanent stone-built granaries yet found in Britain.It was occupied until the Romans left Britain in the 5th century. The Roman West Gate, barracks and Commanding Officer's house have been reconstructed on their original foundations.

It is managed by Tyne and Wear Archives and Museums as Arbeia Roman Fort and Museum.