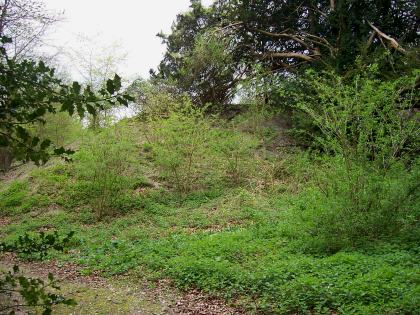 Gains , or Ashley Castle was built in 1138 amongst the earthworks of an Iron Age fort by Henry de Blois, the builder of Bishop's Waltham, Barley Pound, Farnham, Taunton and Wolvesey castles. It was slighted in 1155, but was then repaired and used until the middle of the 15th century as a palace by the Bishops of Winchester. It was abandoned in the 17th century, its stone being used for other buildings, and the remains of the gatehouse and curtain wall are now very overgrown. 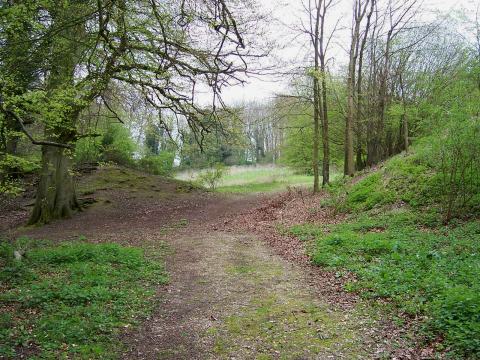