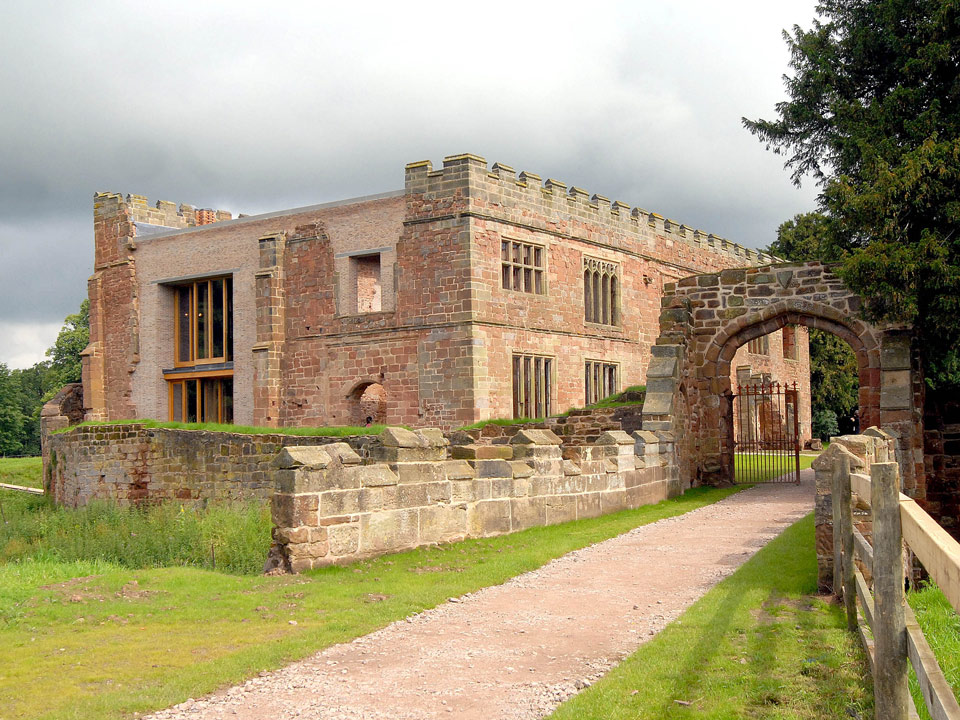 The castle dated from 1266 when a licence to crenellate was granted and the house was fortified and moated. It was the home of three Queens, Elizabeth Astley, the wife of King Edward IV, Elizabeth of York who became wife of King Henry VII, and Lady Jane Grey who was crowned in 1553. Her reign only lasted just nine days before Queen Mary took the throne. During the Civil War in the 1640s, Astley Castle was used garrison by Parliamentary soldiers. The fortified manor house was used until it was badly damaged by a fire in 1978 and it was then left to decay for 30 years.

The Landmark Trust has made repairs to the curtain walls and the moat and built modern accommodation within the ancient ruins which is now available for rent as holiday accomodation.