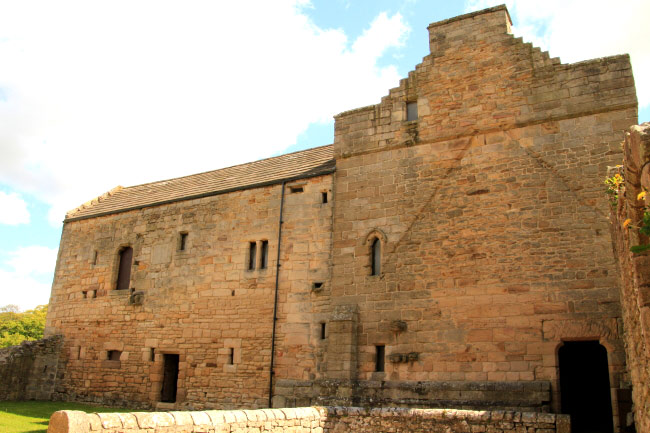 A very good example of an English 13th century manor house. It was fortified in 1305 but captured and burnt by the Scots in 1315, then by the English in 1317 and by the Scots again in 1346. After this the curtain wall was added, but the site fell into ruins until after the Civil War when it was converted into a farmhouse.