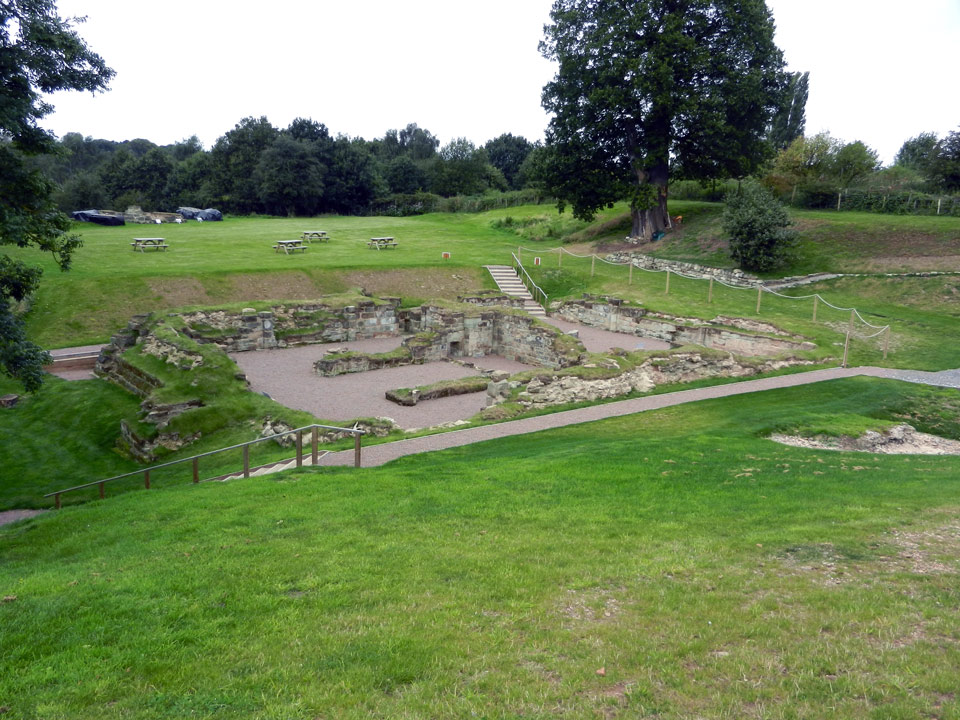 The foundations of a square keep remain inside a square bailey with a wide ditch to the west of the church, on private land. The first motte and bailey castle is believed to date from the early 12th century. It was rebuilt in stone in the late 14th century by Sir William Bagot but became derelict in the 16th century. The site was very overgrown, but the site has recently been cleared and can be visited. Progress can be seen on the Bagot's Castle website.