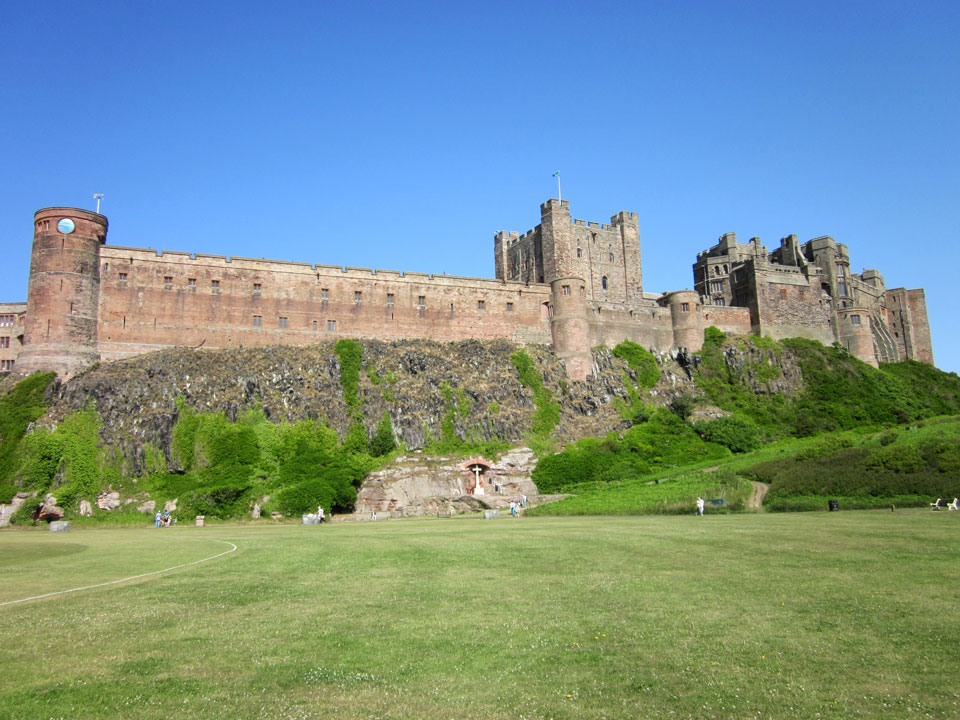 The castle stands on a Roman and Anglo-Saxon site on the Northumbrian coast and through the 7th to the 10th centuries it was the home of the Kings of Northumbria. The Vikings destroyed the original fortification in 993 and a new castle was built by the Normans in the 11th century after the invasion. It was built on a volcanic outcrop and is about a quarter of a mile long and covers an area of 8 acres. The stone curtain wall and the keep were added in the mid 12th century and the entrance gate in the 13th century. It was badly damaged by gunfire in a seige in 1464, the first time a castle had succumbed to cannon fire, and through subsequent neglect it slowly became ruinous by the 18th century. It has been restored over the last 200 years, much of the work being carried out in c.1900, and it is now one of the most impressive castles in the country.