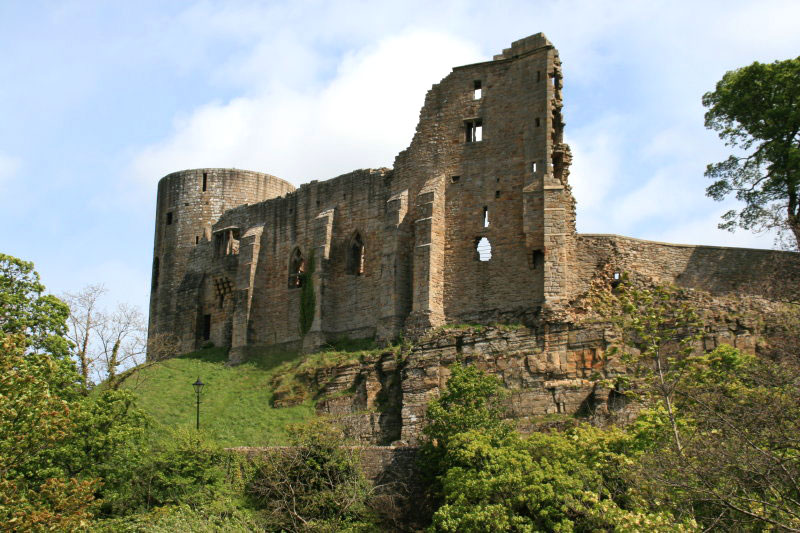 A large castle built in 1095 by Bernard de Balliol on a hill overlooking the River Tees and then extended and rebuilt in stone in the first half of the 12th century. In the 13th and 14th centuries the hall, the cylindrical keep (Round Tower) and 3 outer wards (Outer, Middle and Town) were added. The castle was granted to the Earls of Warwick 1n 1307, but it was not maintained over the following two centuries as they continued to live in Warwick Castle. The castle was attacked and captured in 1536 and 1569 during northern rebellions against Protestant religion and afterwards was left to decay. In 1630 it was sold off and the new owner removed much of the stone to rebuild their main residence at Raby Castle. 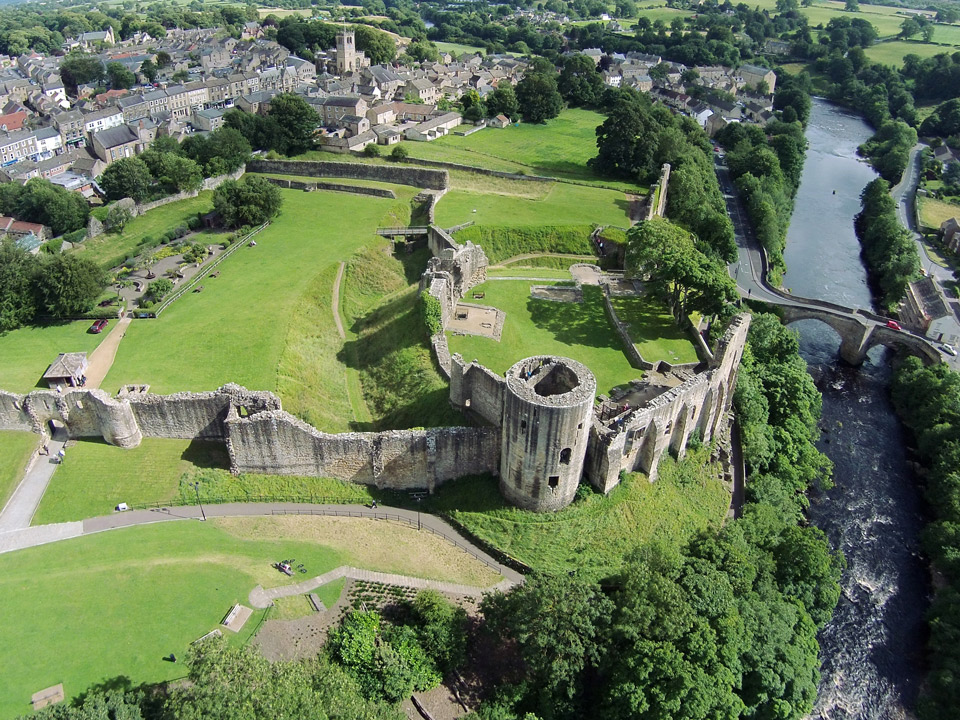 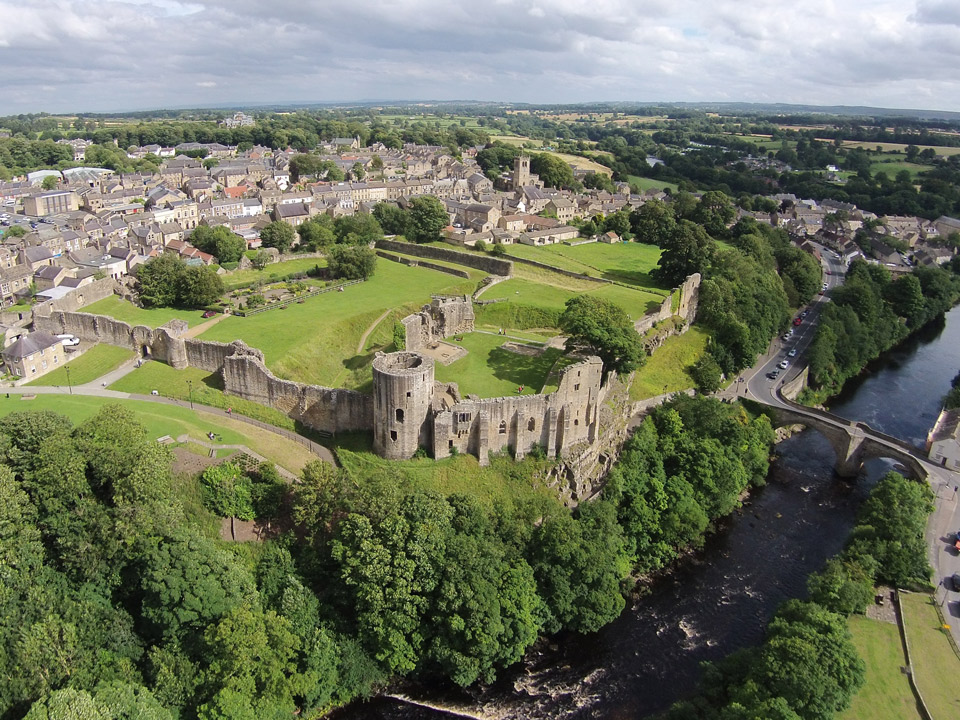