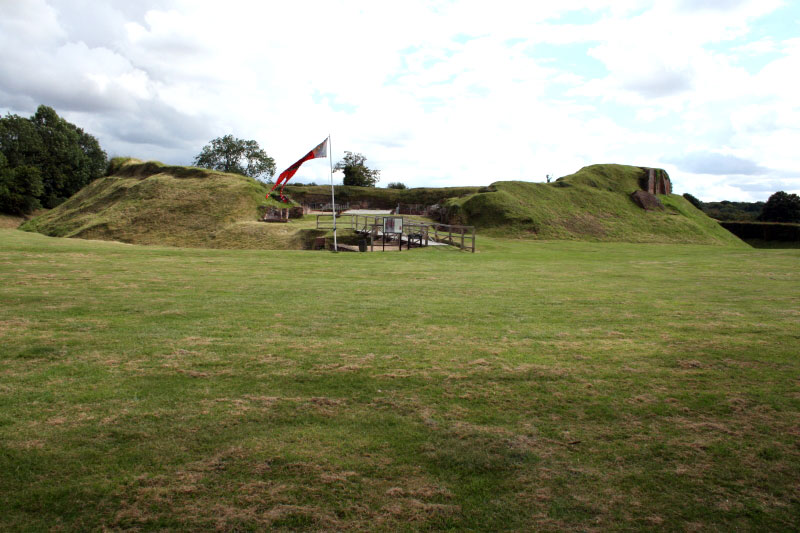 The first castle was an early 12th century motte and bailey with a circular mound measures 250 feet in diameter and 35 feet in height above its surrounding ditch. in the 1530's two new fortified brick mansions were built, the Old House on the site of the early castle keep and the New House just outside the bailey. The two houses were linked together to make the largest mansion in England with 360 rooms and five storeys high. During the Civil War the house held out against a Parliamentary army of 19,000 men for 3 years but was eventually overrun and then destroyed in 1645. Few remains are now visible apart from the earthworks. 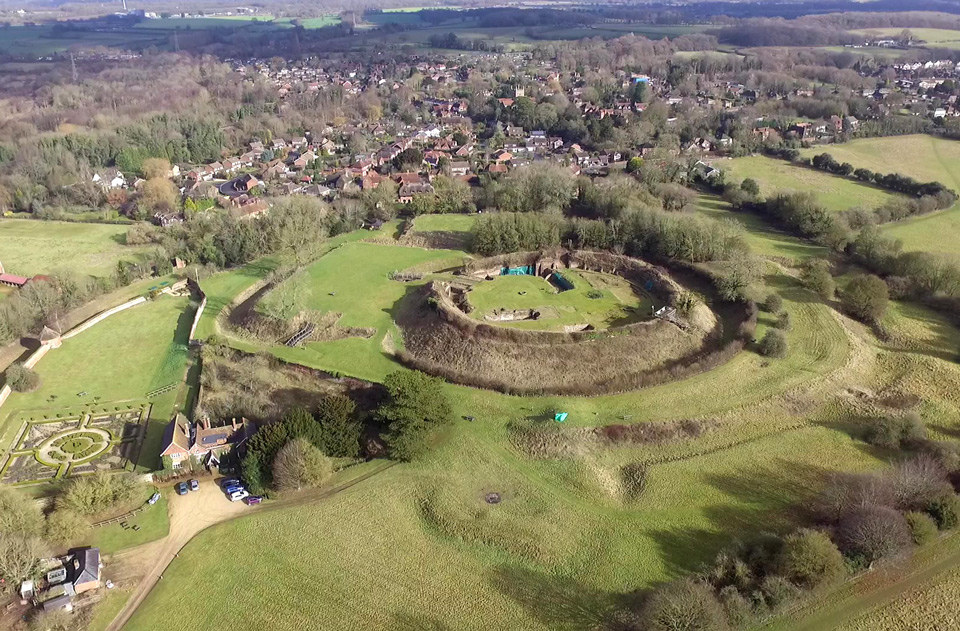 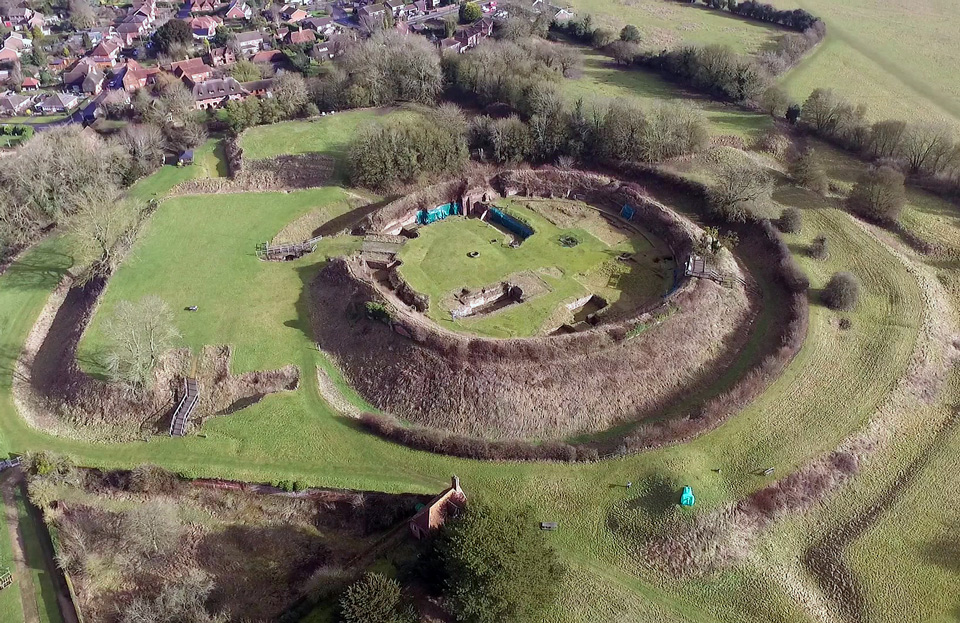