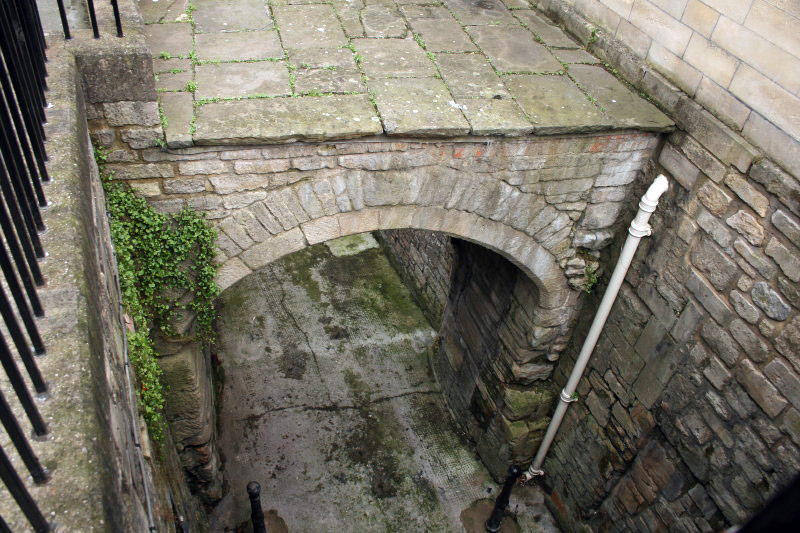 The fisrt defences were built by the Romans, but these were rebuilt in stone in the early 12th century. Only a small part survives, almost below ground level as the surrounding area was raised during later construction in the city. Most of the rest of the wall was demolished in the 18th century. Of the original six gates, only the smallest, Eastgate, which was the gate to the river now remains. 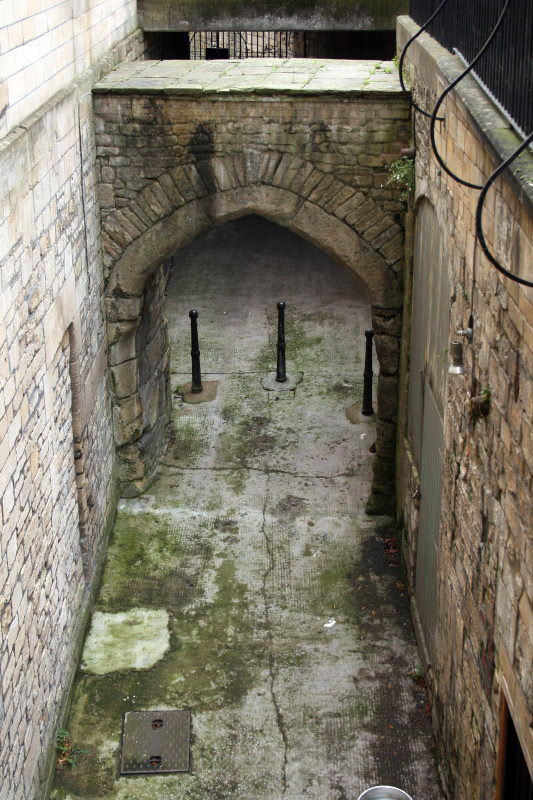