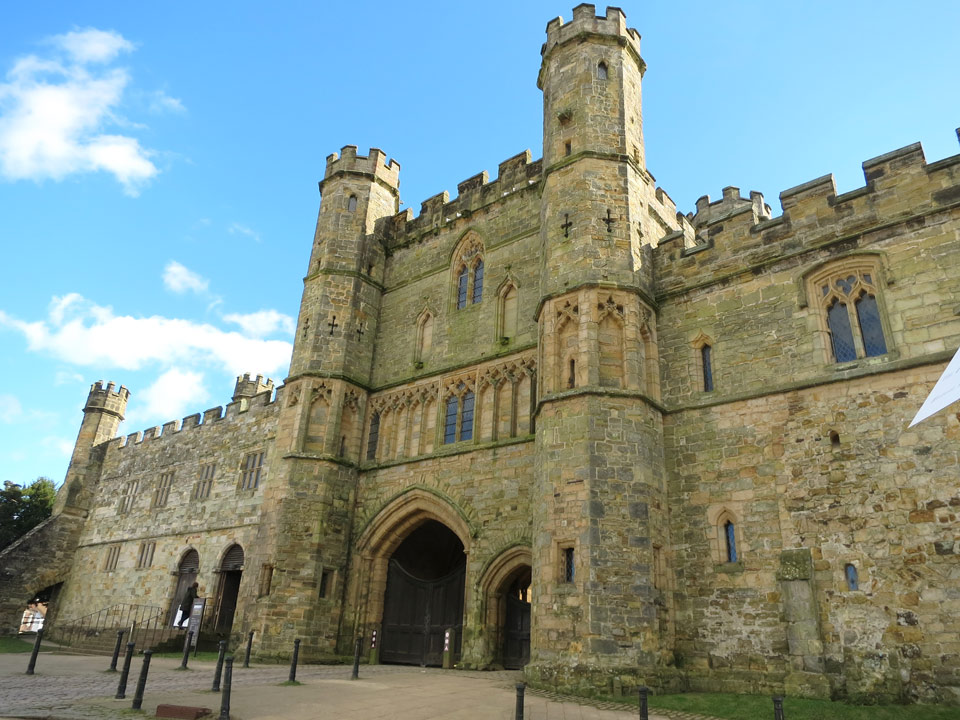 King William 1 commemorated the Battle of Hastings in 1066 by founding Battle Abbey in 1071 next to the site of the battle and the high altar of the abbey church was placed to mark where King Harold had been killed. The impressive fortified Great Gatehouse was constructed around 1338 when a licence was obtained for the erection of an embattled wall around the abbey precincts. After the dissolution of the monastries in 1538 the church and chapter house were demolished and the other buildings were turned into residences. Only the crypt and the outline of the church now remains. The residence built inside the abbey is now used as a school.