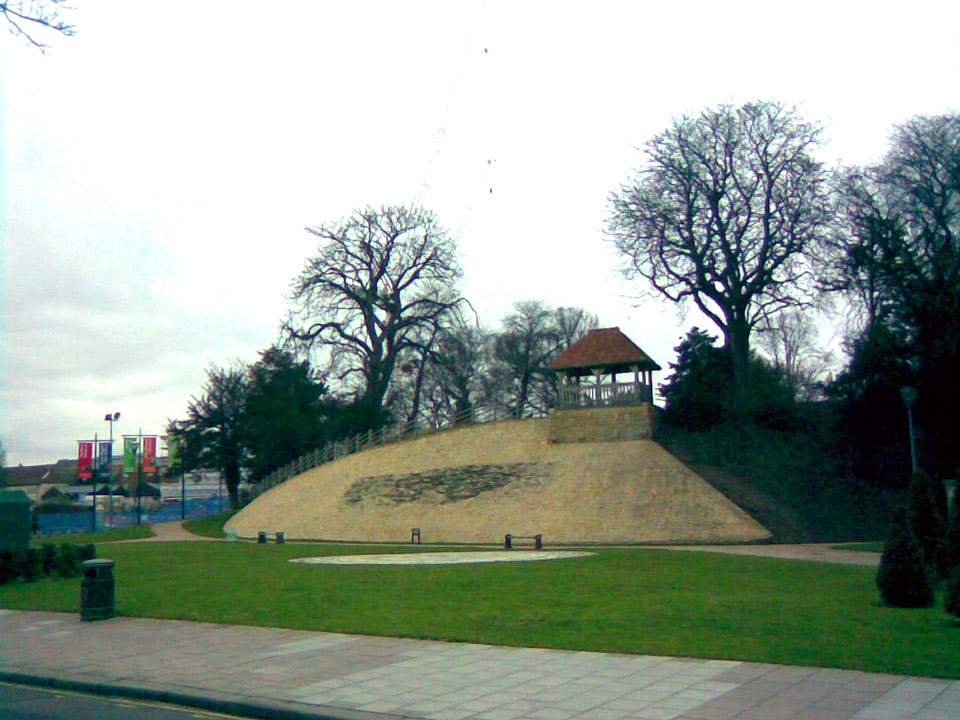 Only a low, wide mound now reduced in size remains from the castle started in 1097. The stone keep which was built on the motte was destroyed in the 13th century after a long seige. The walls were also lowered to prevent it being fortified again. The motte is now used as a bowling green.