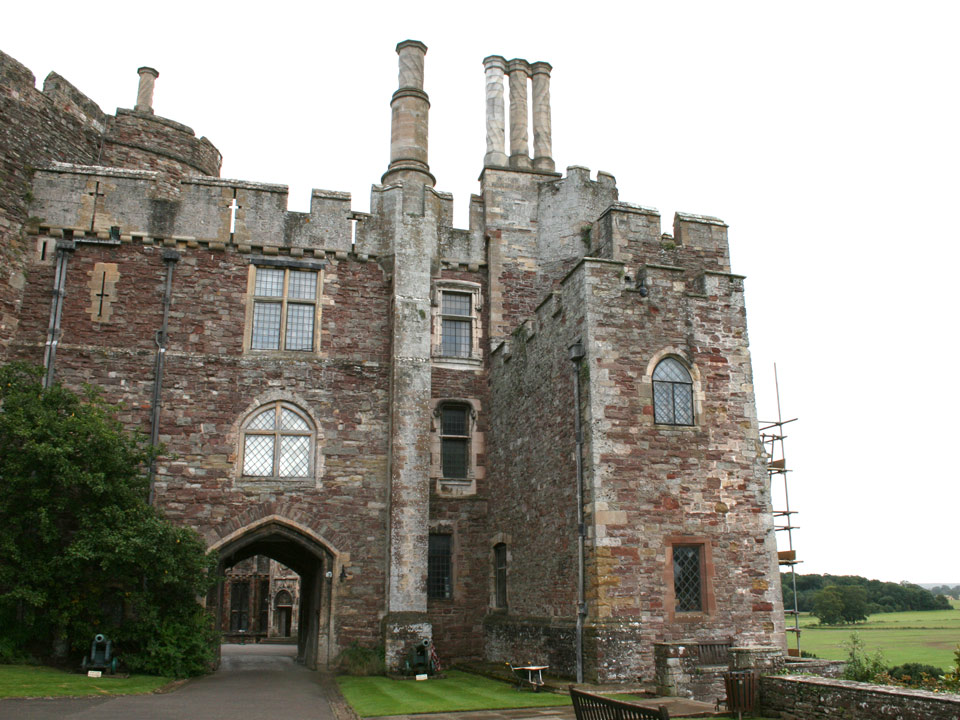 It dates from the early part of the 12th century, and is on the site of an earlier fortfication which was started in 1067. The Norman circular shell-keep was begun in 1117 and completed in 1153. The castle is one of the March Castles, built to defend the border from the Welsh. From the top of the battlements there is a drop of some 60 feet to the Great Lawn below and the surrounding land known as the Water Meadows which was designed to have been flooded for extra defence. It was here that King Edward II was murdered in 1327. During the Civil War, the castle was held in Royalist hands, the last of their strong-holds in the country to fall. A breach was made in the fortifications by Parliamentarian troops firing from the nearby church roof, rendering the fortress indefensible. It was agreed that the castle would be left alone by Cromwell's troops if the breach remained, and a condition was imposed that the breach should never be repaired before the castle was handed back to the Berkeleys family. It can still be seen today and an Act of Parliament still prohibits the rebuilding of the breach! The Castle is the oldest building in the country to be inhabited by the same family who built it.