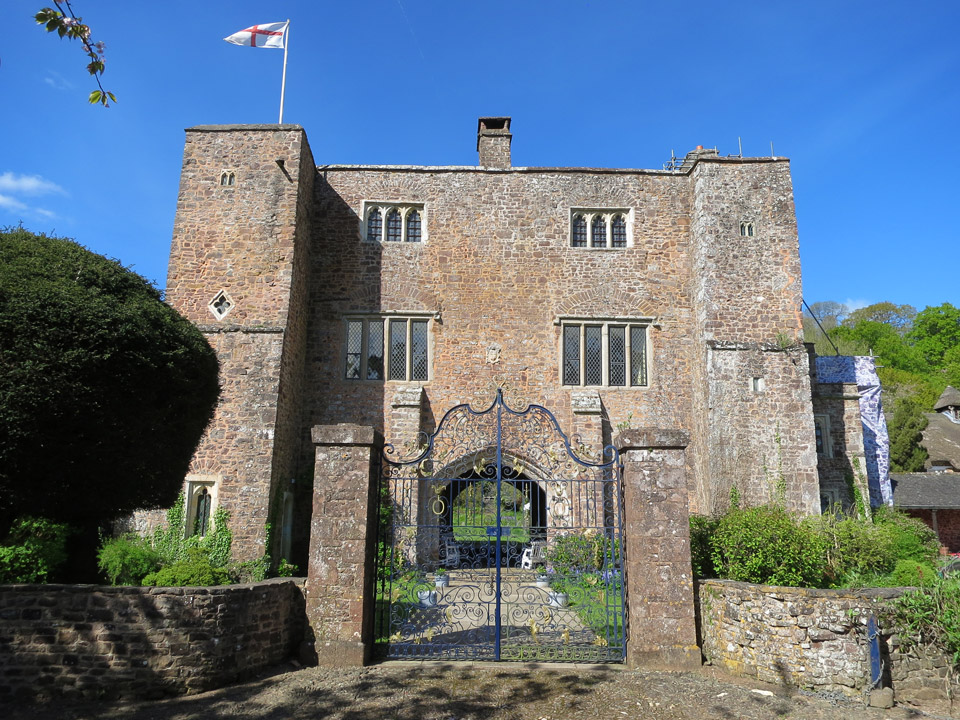 A motte and bailey castle was built in the 11th Century, and the motte, overgrown with rhododendrons, is still visible above the present building. By the beginning of the 12th century it had been built up with an inner and outer keep, moat and castellations. It was badly damaged by King Stephen in the Civil War and at the beginning of the 15th Century it was rebuilt as a fortified house. A substantial manor house was built on the site of the current tennis court and attached to the inner keep of the original castle. In 1646 the castle was attacked by the Parliamentary Army and the main manor house and inner keep were destroyed completely leaving only the gatehouse. In the 17th Century the cottages which are now the main accommodation were added as an Act of Parliament preventing the rebuilding of the castle. The 15th Century gatehouse and the 12th century chapel were restored in the 1920s and 1930s.

It is now a Wedding venue and also offers Bed & Breakfast accomodation.