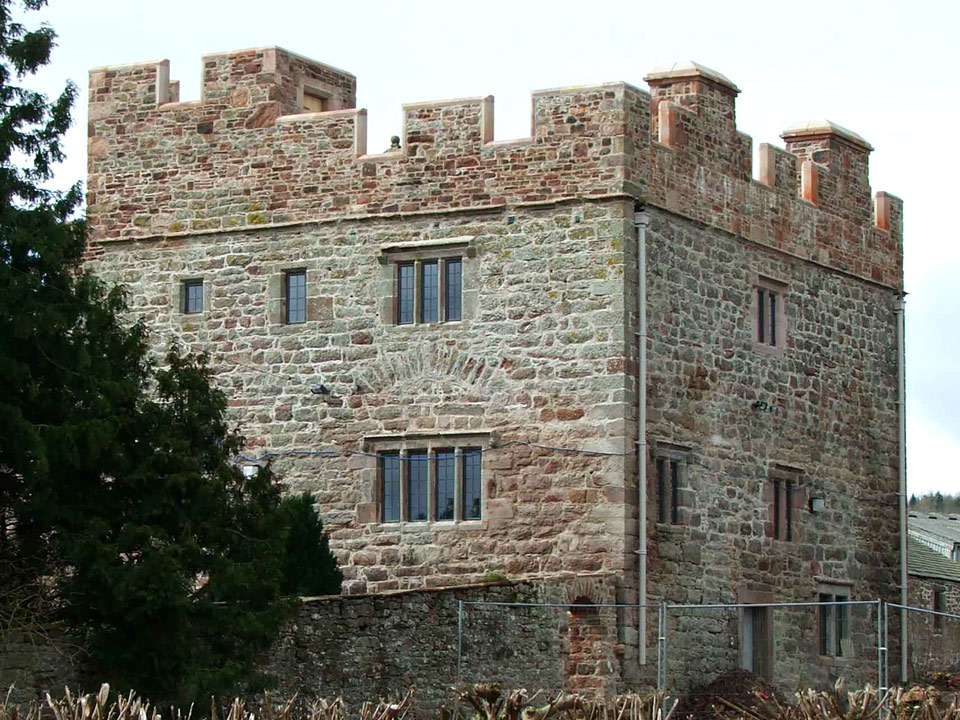 This consists of a hall dating from 1590 with a tower at each end. The north tower (photo) is the original 15th century fortified house, the other was added in the 17th century. Both towers fell into ruin, but they are now being restored. Nearby are the earthwork remains of the first 12th or 13th century moated tower house although the moat has now been filled in. The Hall is now available as holiday accomodation. 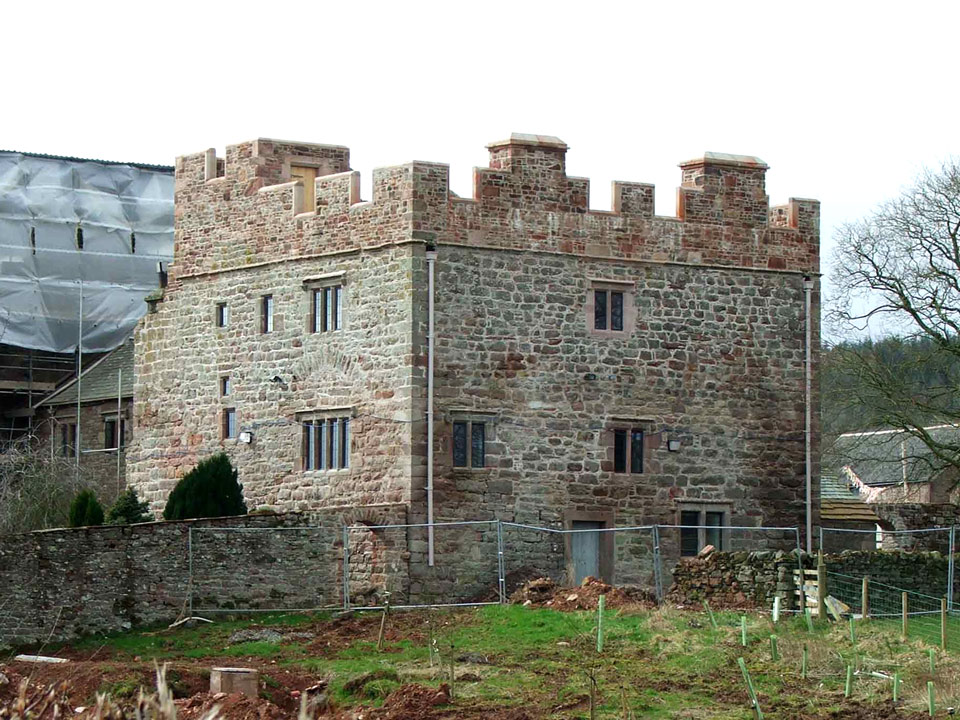