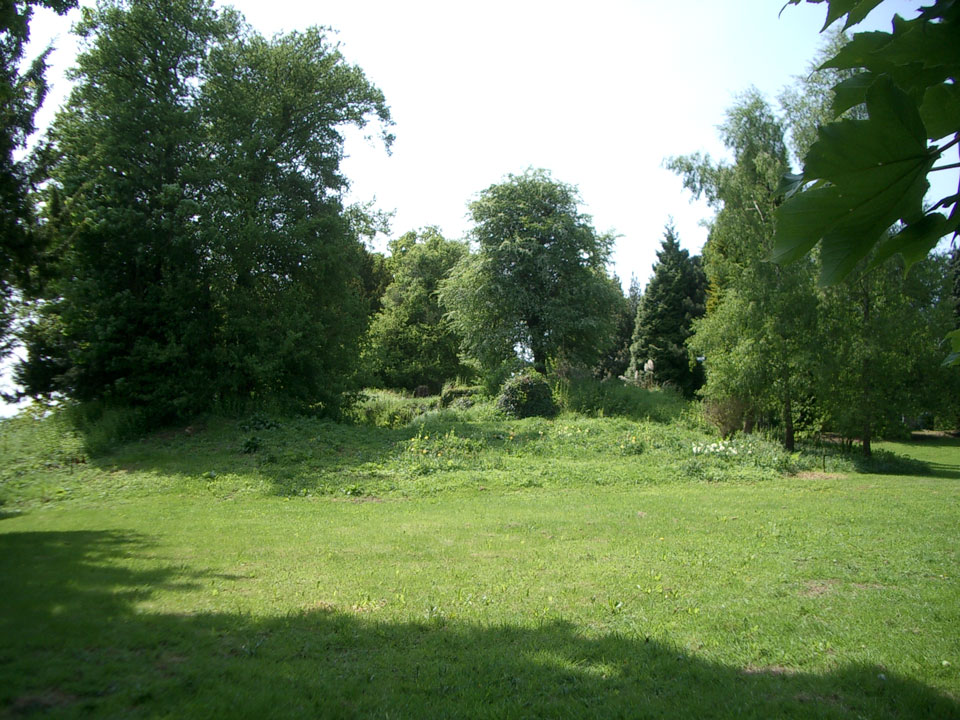 A motte and bailey castle that may date back to 1066 which was built on high ground on the southern edge of the North Downs. The keep was rebuilt in stone at the end of the 12th century but now only the foundations remain on the top of the motte (photo). The outer bailey is partly hidden by housing.