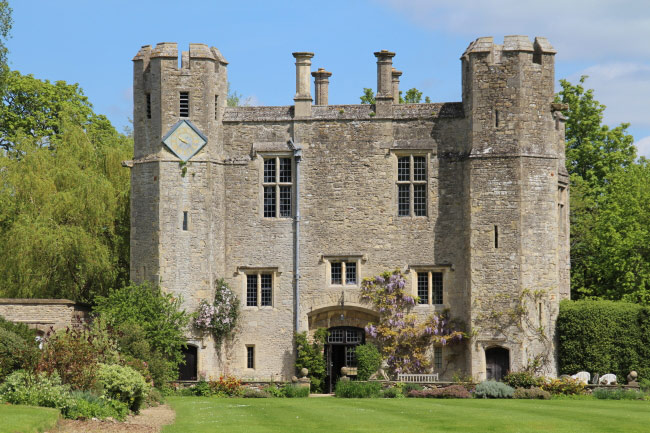 An early 14th century gatehouse is all that now remains of a fortified manor house. The three acre site was protected by a moat which is still present on three sides, rather than by a curtain wall. It was besieged during the Civil War and eventually surrendered to the Parliamentary forces. The house in the middle of the site was demolished in the 18th century and the appearance of the gatehouse has been modified a number of times between the 16th and 20th centuries.