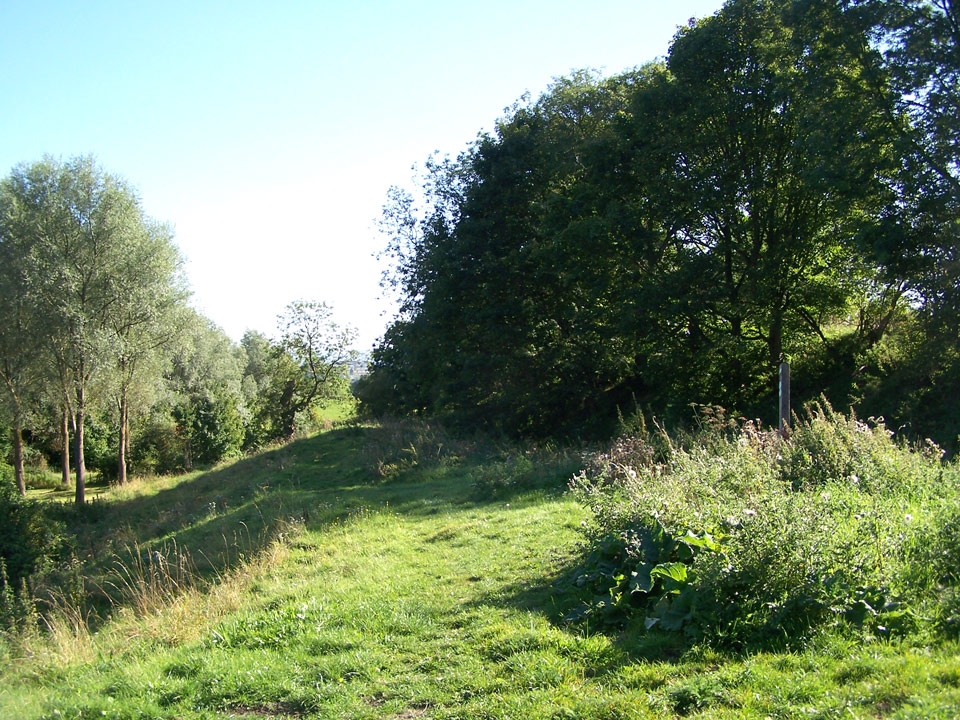 A 12th century motte and earthworks with a road now running through the centre. The inner platform is 250 by 200 feet in size, surrounded by a moat, and lies within an outer platform. The castle was built of stone and the stone keep stood until it was demolished by Parliament after the Civil War in the 17th century. Now even the foundations have been removed and used in local buildings.