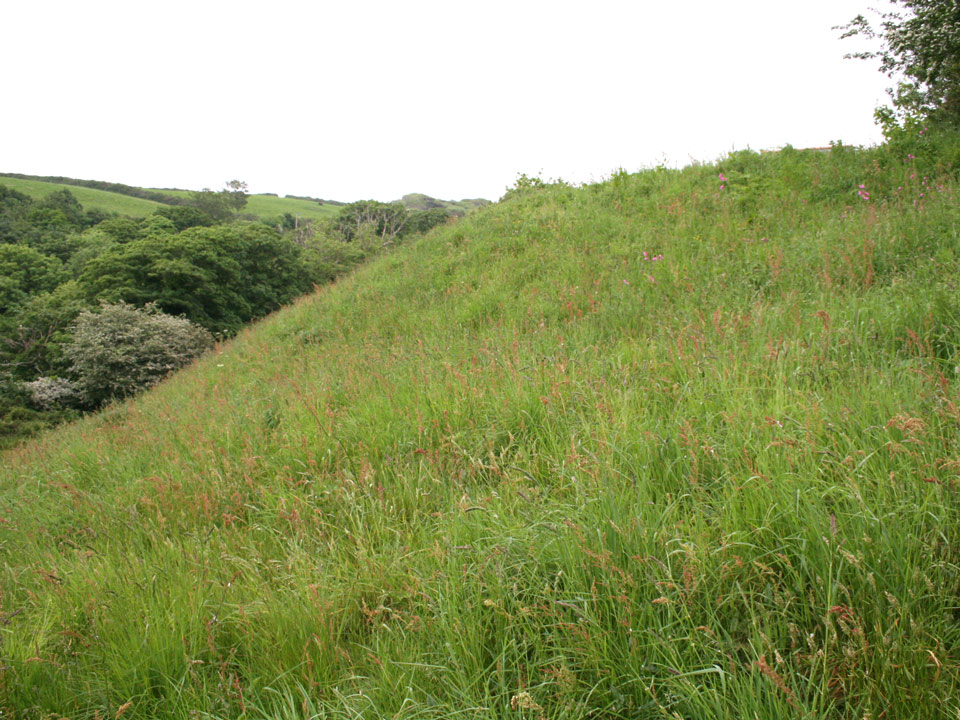 It was originally known as Bottreaux Castle and it was probably constructed at the end of the 11th century in wood and an earth motte. It was later rebuilt in stone and it is thought to had a shell keep similar in design and size to Restormel. By the 18th century most of the stone had been removed and none is now visible.