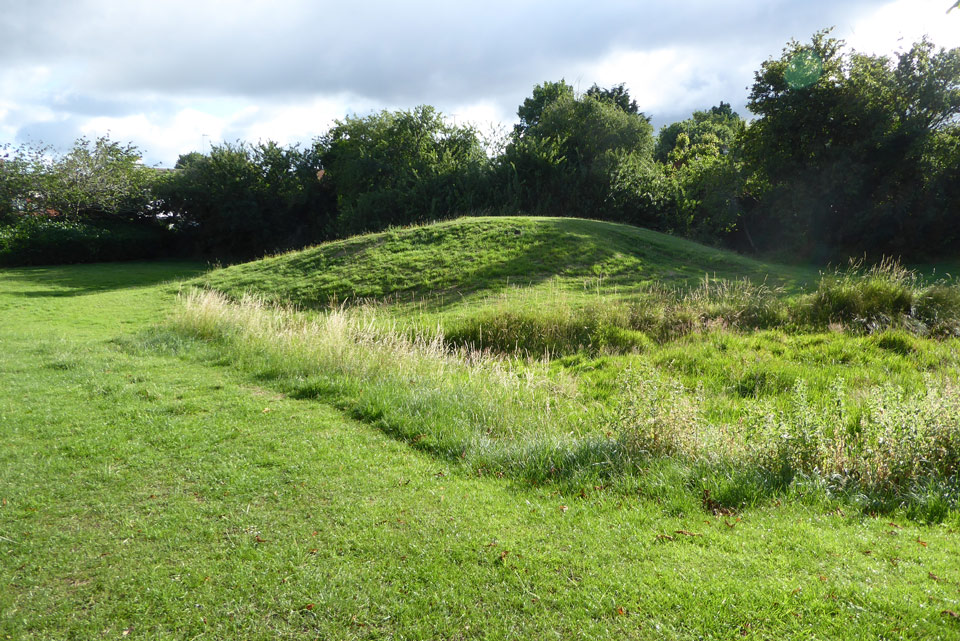 A small motte and bailey castle situated near to St Lawrence's Church, Old Bradwell. The motte is 70 feet in diameter and 8 feet high and a small bailey survives to the west of the motte. The remains of the once encircling ditch survive around the west and south of the mound as a hollow 15 feet wide. It was probably built in the reign of King Stephen and only occupied until the 14th century.