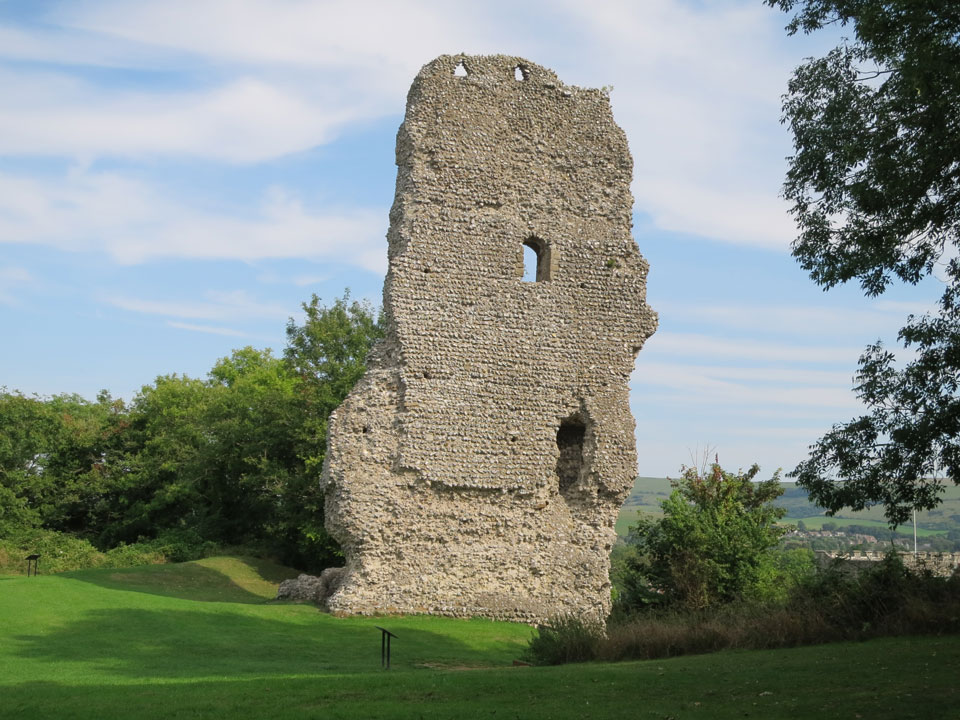 The mote and bailey was built in 1073 in the middle of a high natural knoll. At the end of the 11th century a stone curtain wall was built around the knoll with access controlled by a gatehouse. The gatehouse was later raised in height and one wall still stands. Parts of the curtain wall are also still visible. The castle was occupied until the15th century and by the 16th century it was abandoned and derelict.