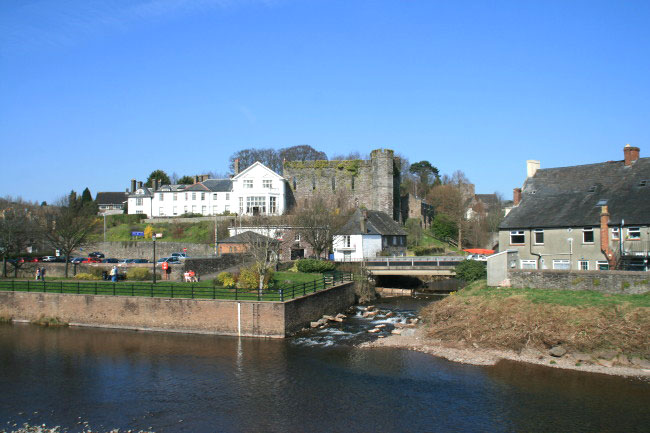 Originally a motte & bailey structure started in 1093, the first stone castle in Wales. A stone shell keep was built at the end of the 12th century, and the stone bailey wall in 1233 after the town had been destroyed by the Welsh. The hall block which is visible from the river was added in 1300. In 1645 the castle was captured by Parliament after a seige and the walls were then slighted. Only a part of the shell keep remains.

The hall block is now part of a hotel and the motte is in the garden of a private residence. For a more detailed history of the castle click here. 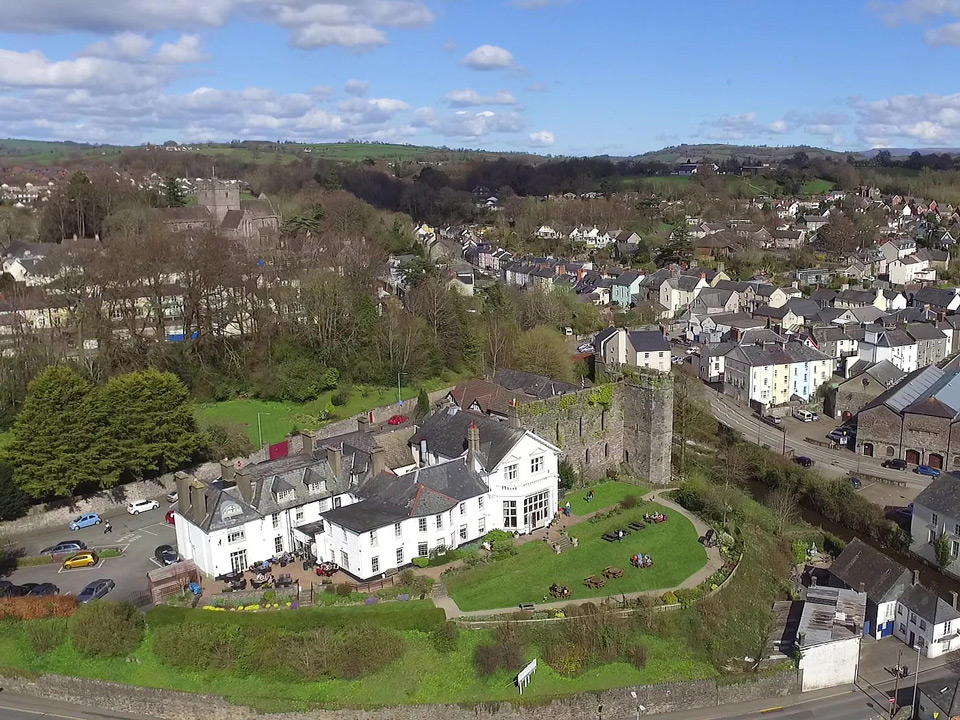 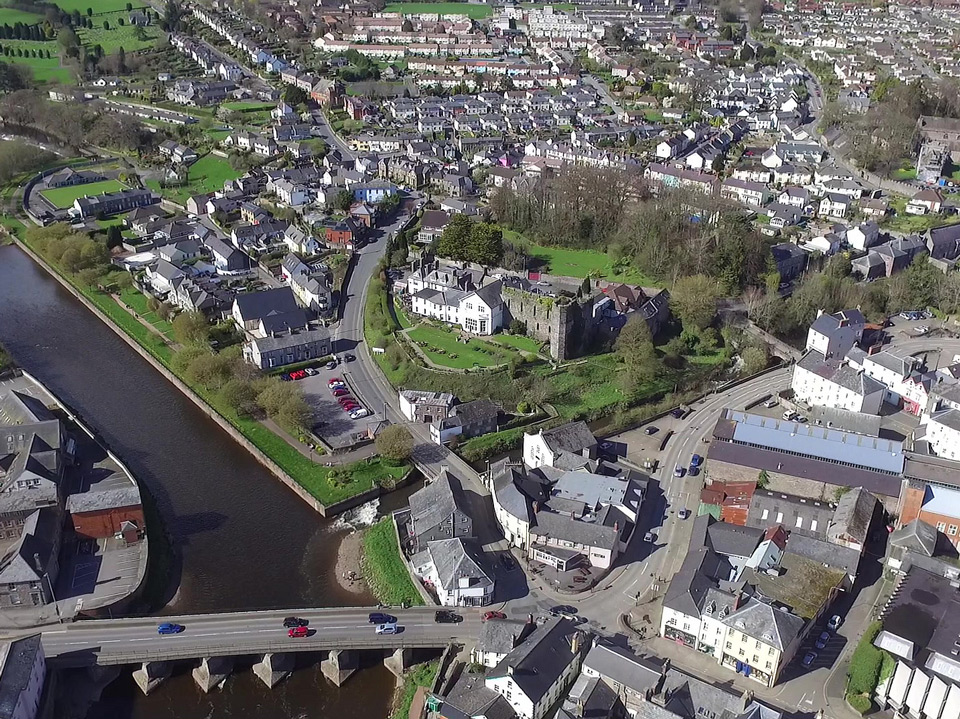