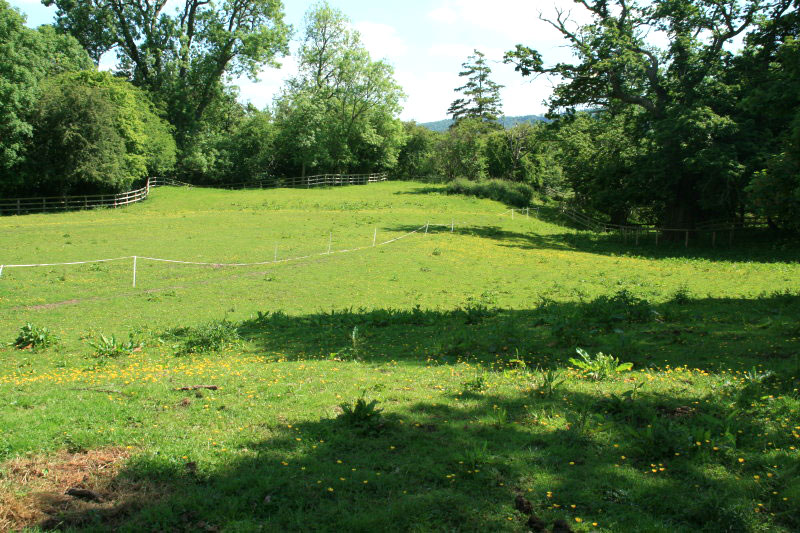 The motte and bailey castle was here in the 13th century and is situated on a natural rise on the western bank of the River Wye. The bailey is on the south side of the church yard. The foundations on the motte probably belong to a later fortified house that was recorded in 1640. 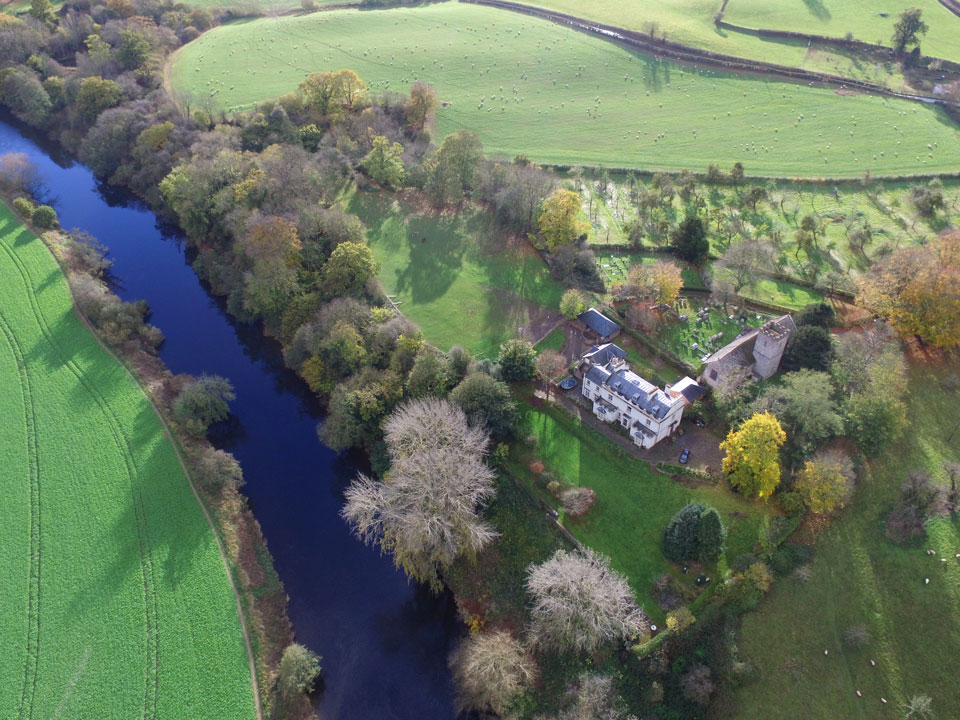