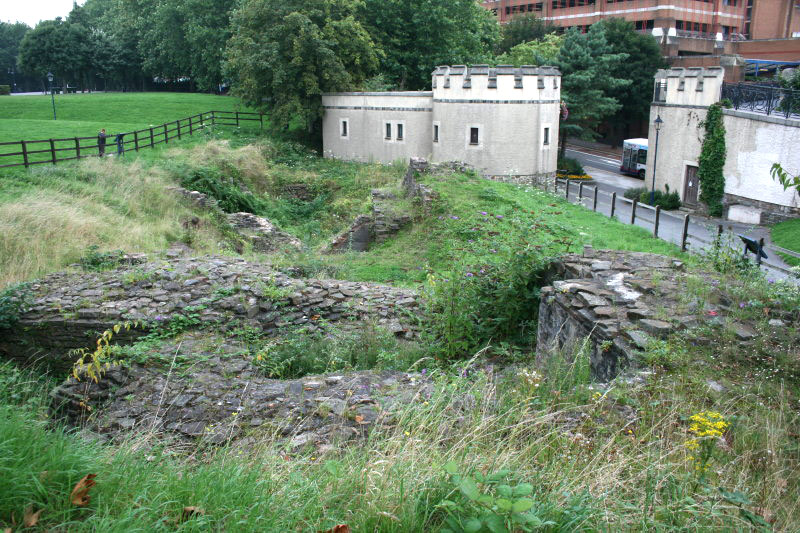 The remains of an 11th century motte and bailey castle, with curtain walls and a great keep dating from 1140. The sallyport, an escape route, can be seen on one wall. By the 16th century the castle had fallen into disuse but it was fortified by Parliamentary forces in the Civil War. It was captured for the King and after being retaken by Parliament it destruction was ordered. The castle was demolished in 1656, leaving just the foundations of the keep, the porches of the 13th century hall, a part of the curtain wall and one tower that has since been knocked down.