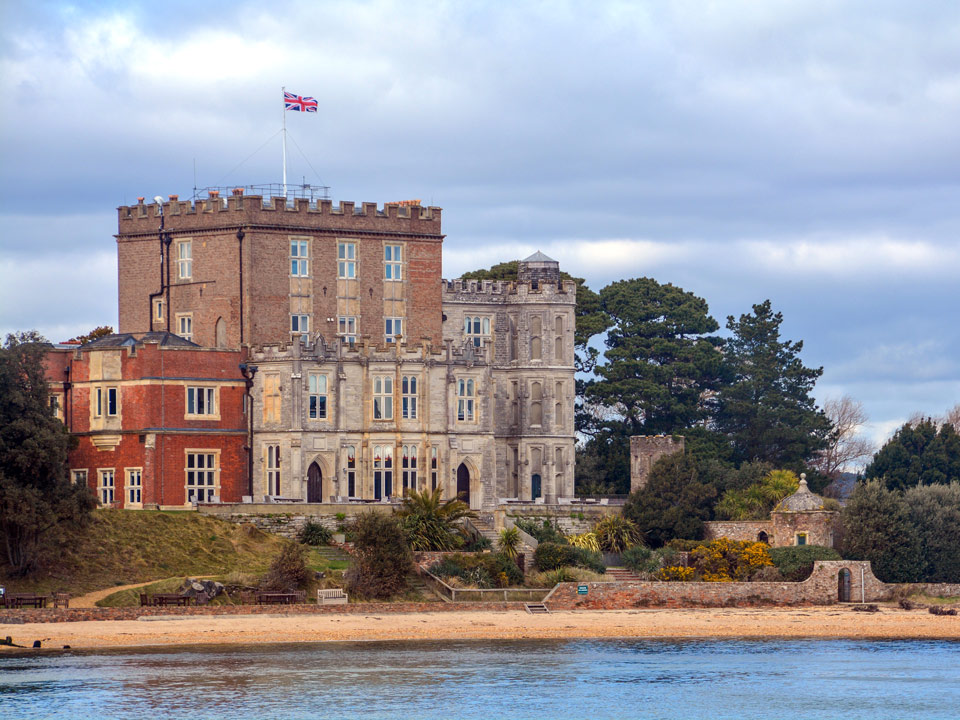 Brownsea Castle, © Lewis Clarke and licensed for reuse under cc-by-sa/2.0

A mid 16th century square blockhouse protected by a moat which was built on small island in Poole harbour. It was revovated during the 19th century as an impressive residence but was badly damaged by fire in 1895. It has been rebuilt and is now used exclusively by the John Lewis Partnership.

The island is owned by the National Trust and is open April - September. The castle is private.