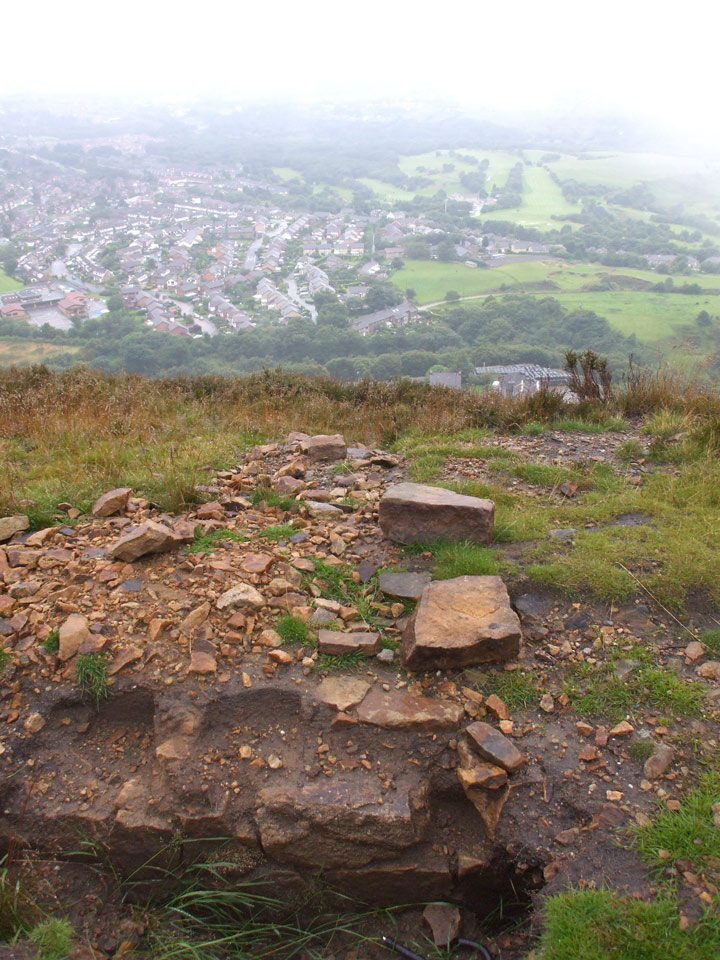 It was thought that these earthworks on a ridge above Buckton Moor were those of an ancient hill fort. Recent excavations by a University of Manchester team uncovered a huge ditch and the foundations of a massive curtain wall which shows that it was a major 12th century castle with 9 feet thick stone walls and a large rectangular gate tower. No stonework is now visble apart from that exposed during the dig as all the stone has been removed for building purposes.