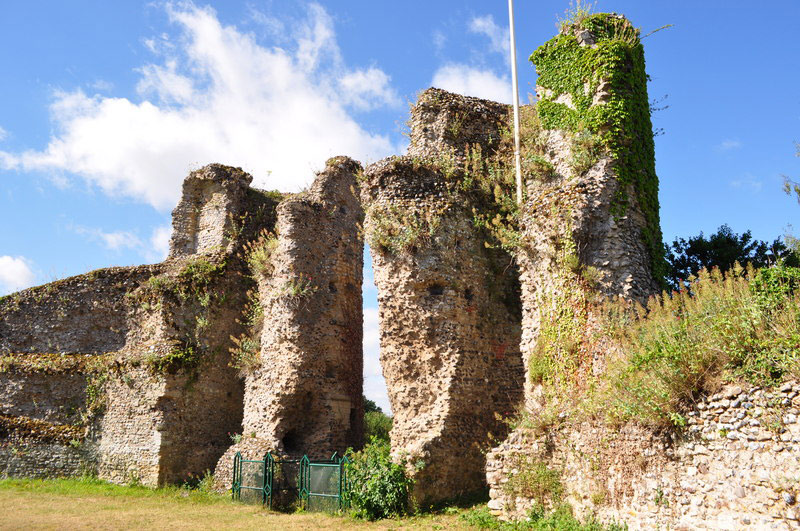 Bungay Castle, © Ashley Dace and licensed for reuse under cc-by-sa/2.0

A motte was erected in around 1100 by the Bigod family but it was levelled in 1165-70 to make way for a new 90 feet high tower. In 1174 the King started to destroy the tower after confiscating the castle and after some years of decay it had to be demolished and only the foundations remain. In 1290 a curtain wall was built with two towers, which still stand, forming a gateway. Much of the stone was removed in the 18th century. 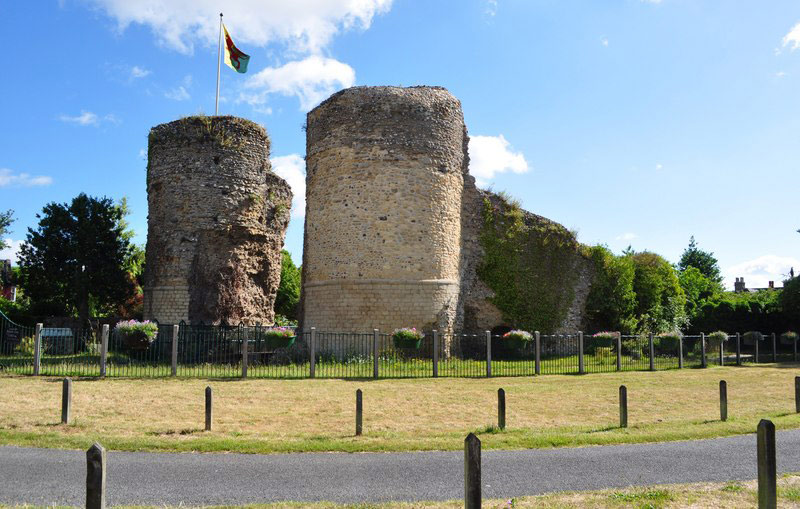 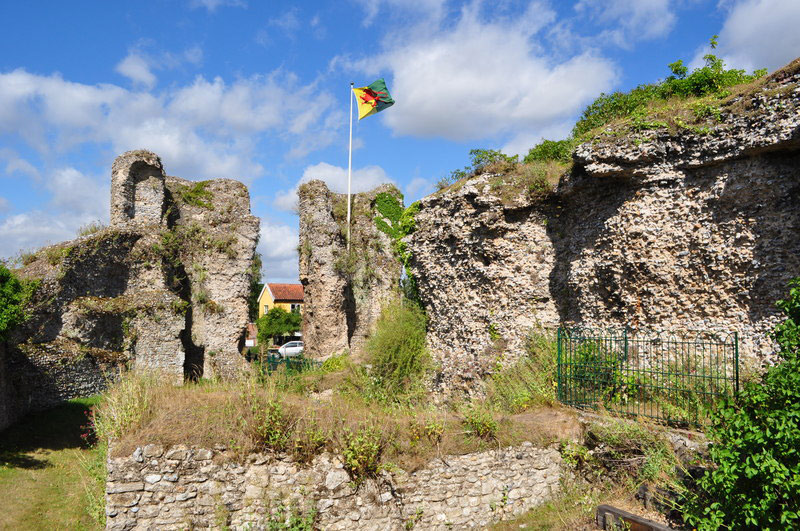 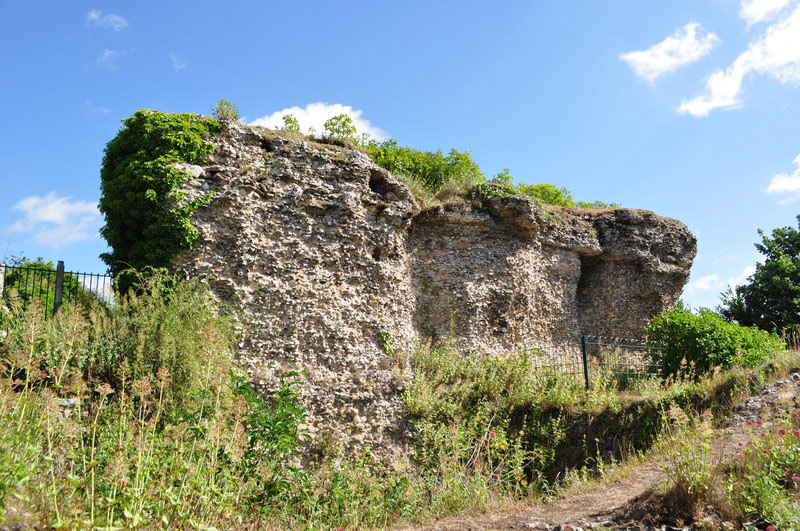 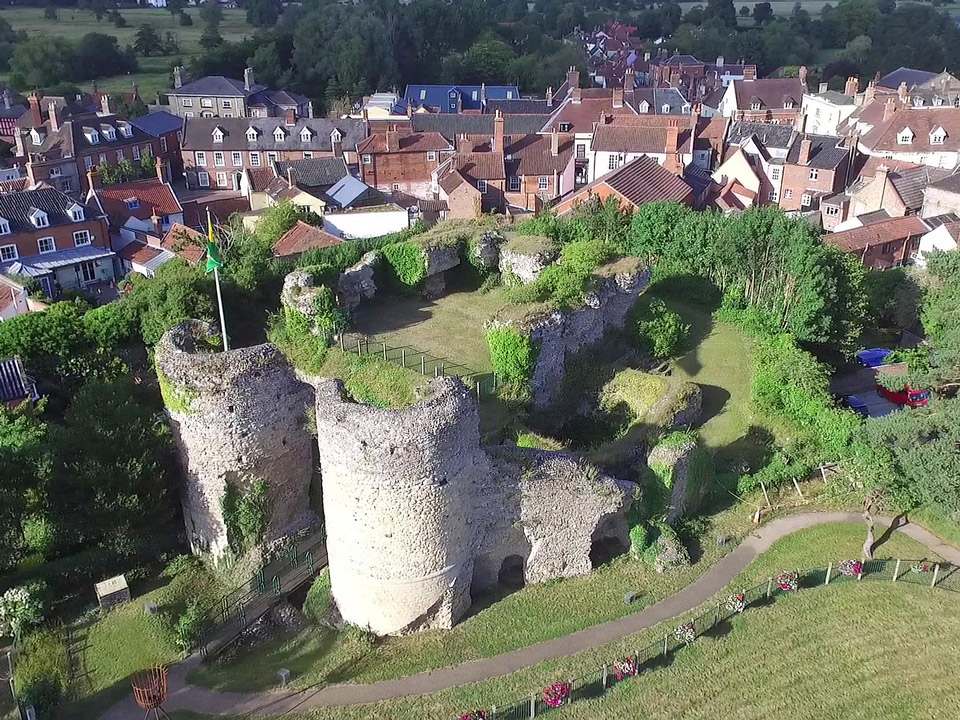 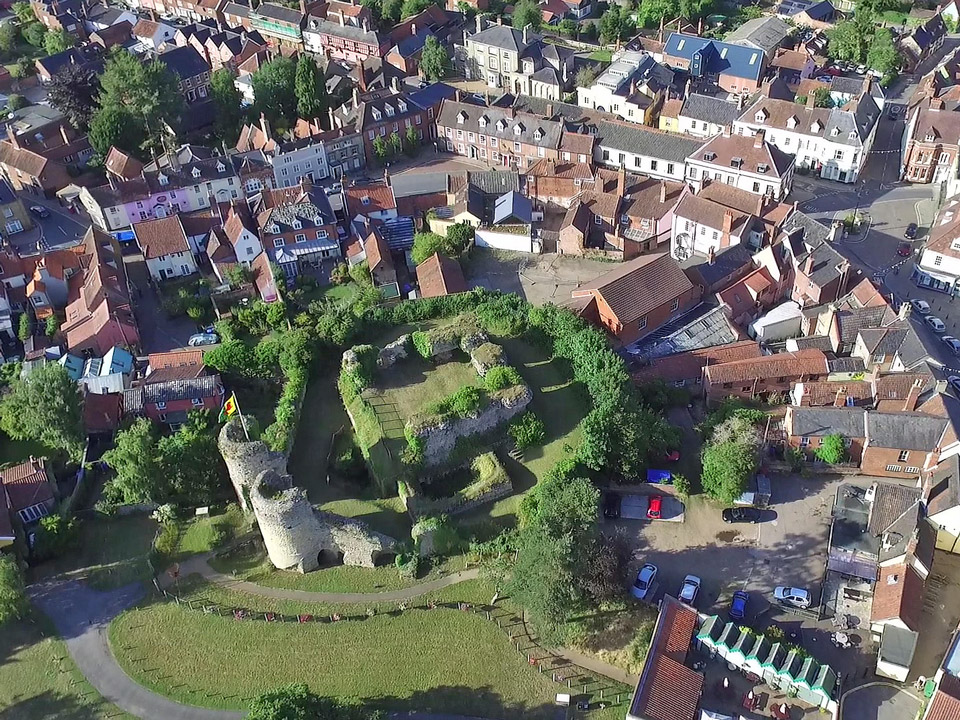