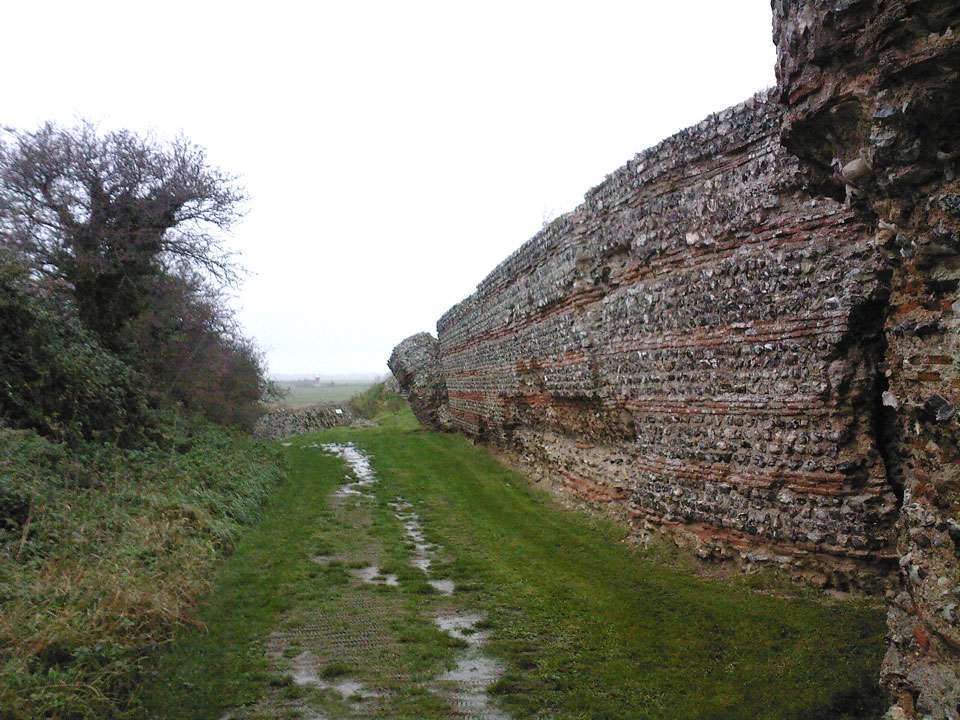 A late 11th century Norman motte and bailey castle was built in the corner of one of the Roman Saxon Shore forts (Gariannonum) but the last traces of the motte were destroyed in 1839. Three sides of the original 3rd century Roman walls still remain up to 8 feet thick and 15 feet high. It was built on the south side of an estuary in the 3rd century, but this has since silted up leaving the castle about 2 miles from the sea.