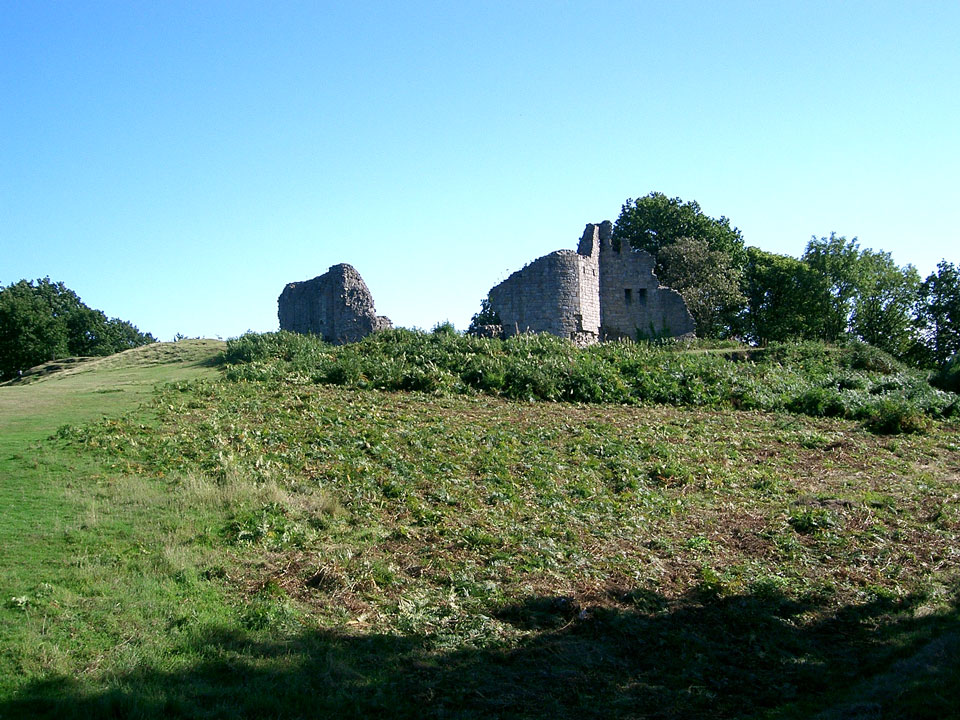 The castle was built on a hill above the River Alun in c.1277 by Welsh, under Dafydd ap Gruffudd, who had allied with the English. When he turned against the English in 1282 he abandoned the castle which was strengthened by King Edward 1. It was destroyed accidentally by fire in 1283 and then abandoned before it had been completed. Now it is in ruins but part of the tower and curtain wall still stand. 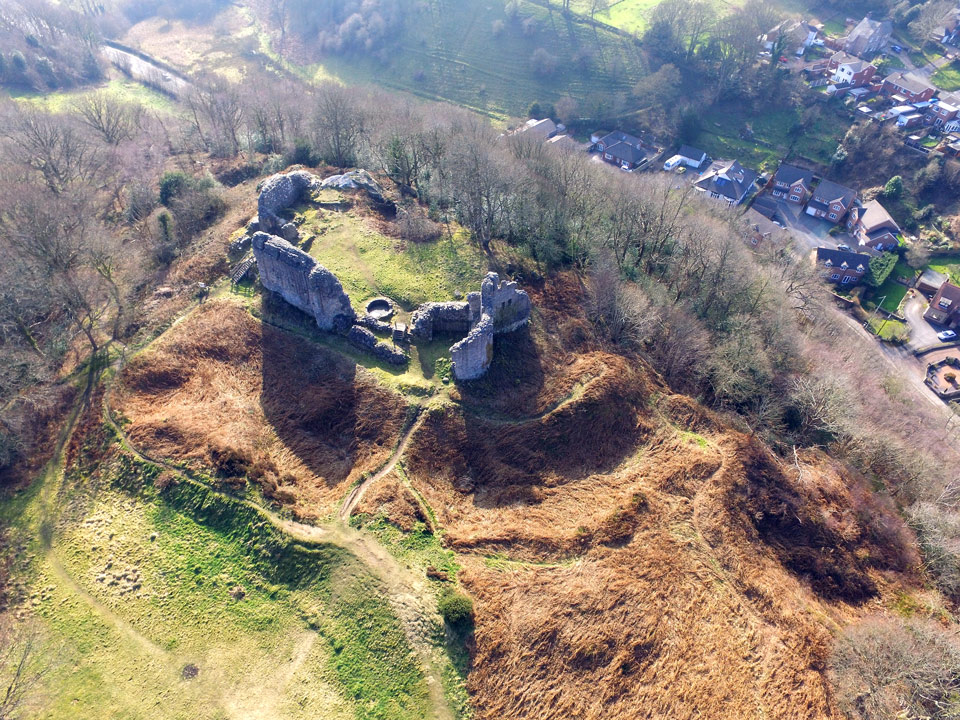