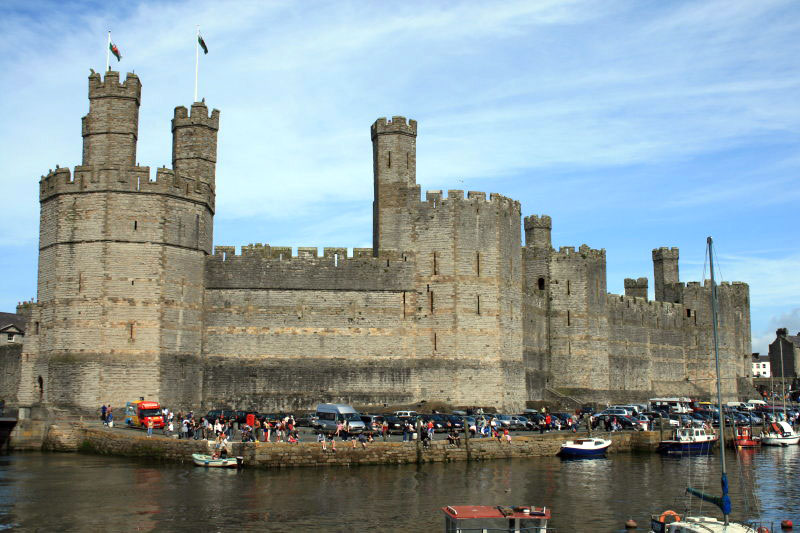 The first motte and bailey castle was built in 1090 on a Roman site, but was captured by the Welsh at the beginning of the 12th century. It was retaken in 1283 by King Edward 1 who then constructed an immensely powerful fortification with 8 towers and 2 gateways as part of the fortification of North Wales. It was completed in 1292. It withstood a siege by the Welsh in 1403, but was forced to surrender to Parliament in 1646 during the Civil War. Both the castle and town walls were destined to be demolished in 1660 but this work never started. 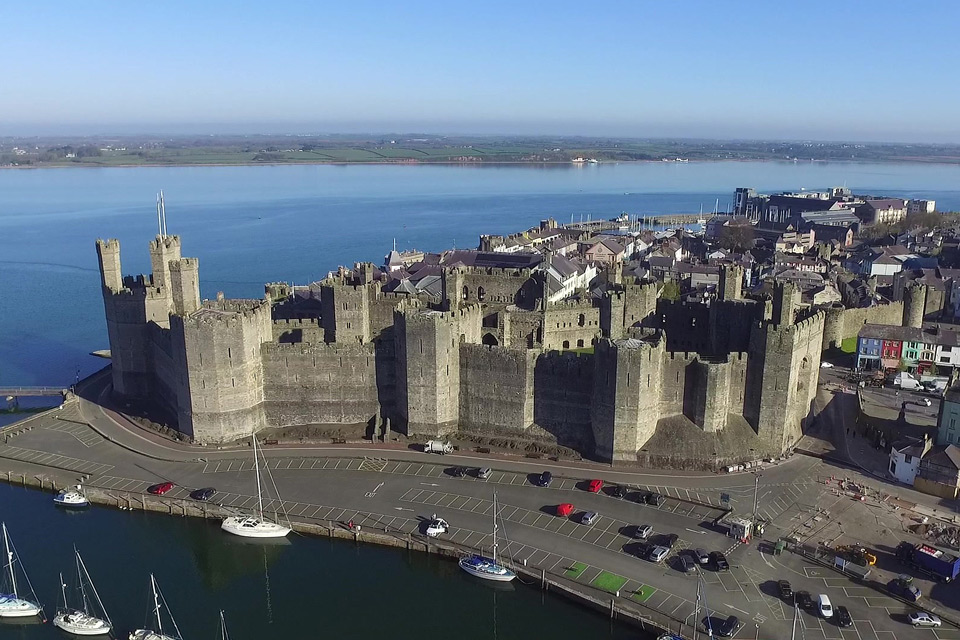 Building of the town walls was also started next to the castle in 1283 and was complete by 1285. They are 900 yards in length and are still almost completely intact. One of the towers of the medieval town wall, facing the Menai Strait, can be rented as holiday accomodation from The Landmark Trust.